John, by most accounts, was a brilliant man. In his early years as a computer programmer, he helped NASA put men on the moon, then he joined Xerox, and then Lockheed in the late 1980s where John had a serendipitous encounter with a Pakistani Brain. John’s encounter with Pakistani Brain resulted in a phenomenal business success story. It was so successful that he was overwhelmed and, in 1994, John sold his first company before it drove him crazy. That strategy apparently didn’t work because John was a bit of a nut. But I’m getting ahead of myself.

After selling his first company, John bought a Winnebago, became a Yogi, and traveled around the country before settling in Colorado where he lived among Native American tribes. That experience inspired the formation of a new company he named “Tribal Voice.” Tribal Voice developed a website called PowWow. PowWow users could create their own personal profiles, post information about themselves or their company, and conduct text and voice chat conversations. Does that sound familiar? It should because PowWow was the first social network and, arguably, the grandfather of Facebook. John, again feeling the pressure of success, sold PowWow for millions of dollars and bought himself an island compound off the coast of Belize.

While in Belize, John hired local gang members as bodyguards, tried to start up a pharmaceutical company, hired prostitutes to live with him, was accused of rape, probably murdered one of his neighbors over a spat about John’s dogs, and generally lived life on the edge. John eventually made it back to the US and ran for president of the United States twice. Man, can you imagine a crazy person being president of the US? Whew, we sure dodged that one. Anyway, John hopped around the country until, in 2019, an arrest warrant was issued for tax evasion. John then hopped on a boat and went on the run.

All this chaos was made possible by John’s encounter with the Pakistani Brain I mentioned earlier. In 1988, Pakistani Brain was the first widespread computer virus. John got a copy of the virus, devised a bit of software that disabled the virus, hyped the danger of that virus by playing the media like a pro, and ended up selling millions of copies of his software. By 1994, John’s software, McAfee Antivirus, was on 70% of all computers in the world earning John McAfee hundreds of millions of dollars.

The United States tracked John down in Spain last October and had him arrested. McAfee hung himself in his prison cell before he could be extradited. I guess one could say that McAfee’s 75-year subscription expired on June 23rd.

Are you attending one or more WC Handy Music Festival events this year? 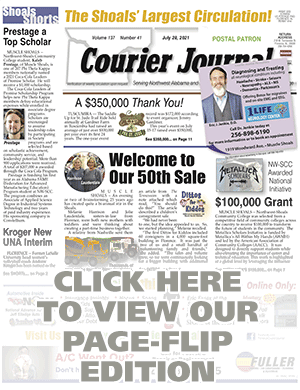