Hardly a day goes by that I don’t see a Facebook or Twitter friend bemoaning the fact that Facebook “censored” their posts. At risk of repeating an oft’ used slogan: fake news! The truth is a little complicated. What they do do is place a little flag below your post that says, “False Information” with a button you can click to see why the “fact” is disputed. Consider it a warning to others to be a bit skeptical if the content of the contents of the post as there appear to be some, shall we say, inaccuracies. You can also have your hand smacked for posting inflammatory stuff.

Granted, these fact checks and hand slaps are imperfect. Facebook and Twitter use artificial intelligence (AI) for the grunt work. If you post something that is racially insensitive, for example, the AIs may smack your hand with no regard to context. For example, I recently received a 48 hour Facebook ban for saying, “White people are dumb,” in a Facebook group dedicated to recipes. Some of us were embroiled in friendly banter about white folks who love plain mashed potatoes with no seasonings. It was not “racist” at all. I wasn’t even serious . . .  well, maybe a little. I mean, who the heck can eat mashed taters without gravy or at least some salt and pepper? But I digress. The AIs didn’t know that I was (not really) joking so my post was “censored” and I temporarily lost my Facebook privileges. Lesson learned. Other Facebook users have been fact-checked for posting silly conspiracy theories about the election or vaccines or covid hoax theories that do demonstrable harm to society.

So users are revolting against these “fact checks” by leaving Facebook for other platforms such as Parler that was discussed in my last article. I must admit that the fact-checks do seem to be administered to my far-right friends more often than far left. But as a passionate middle-grounder, it seems pretty clear that my far-right friends are simply being goofier about posting stuff that’s not true. Real-life examples include, “Joe Biden is wearing a foot boot to hide an ankle monitor,” and “The Coronavirus is over in the United States so there is no need for a vaccine.” So those people are mad at Facebook/Twitter.

What they don’t seem to understand is that Facebook/Twitter didn’t make the decision to censor or fact-check anyone. For a long time, consumers and advertisers stood by and watched the world burn thanks to people who do not have the inclination to fact-check themselves. So we-the-consumers demanded that social media companies put a stop to the spread of malicious fake news and they reluctantly obeyed.

Sure, it’s a double-edged sword. We Americans are used to speaking our minds about anything anywhere anytime with no repercussions. But we live in strange times where reality itself is under assault and facts don’t matter. Consumers are sick of it and demanding that something is done to slow the spread of disinformation. Facebook listened.

Will you spend time with friends and/or extended family this Thanksgiving, or will it be just the primary members of your household? 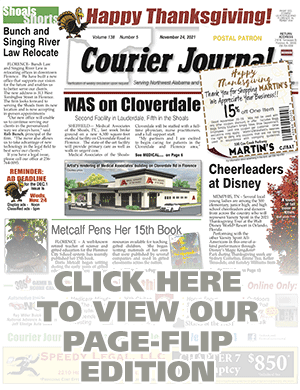