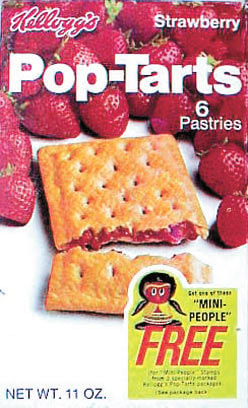 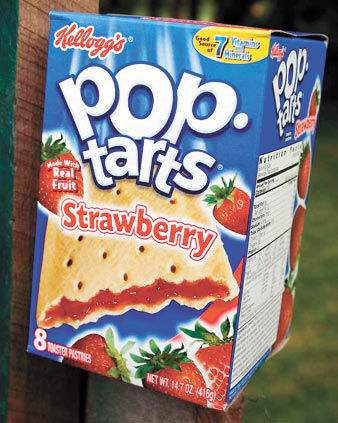 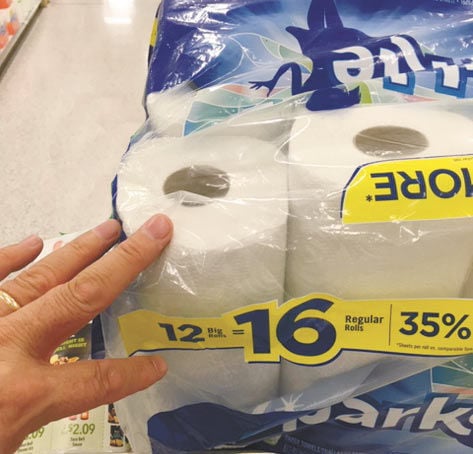 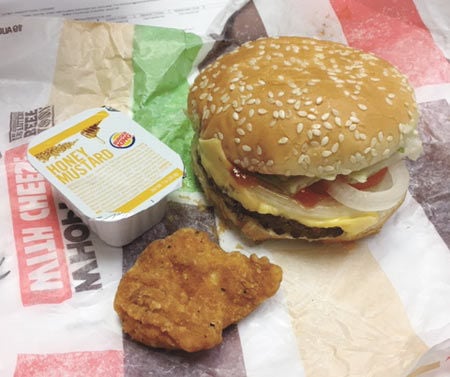 I remember touching on this topic 8-10 years ago. However, it deserves to be revisited.

Something else was originally planned for this week until I saw what a Whopper Jr.® w/Cheese looks like now.

One trip down the aisle of your favorite grocery store is enough to raise the blood pressure of any experienced shopper.

Pop Tarts were spectacular in the 70’s and 80’s. The size of the pastry has not fluctuated. The original 6-count box weighed 11 ounces. An 8-count box now weighs 14.7oz, but where has the flavor gone?

The texture was clearly different (pictured here) and the filling was so delicious. In the day, the first two ingredients were enriched wheat flour and blueberry/strawberry preserves. Now the list starts with enriched flour, corn syrup, high fructose corn syrup, dextrose. The younger set would be so disheartened if they knew what they are missing.

Virtually all brands of mayonnaise have dropped from 32-30 ounces.

Cereal boxes have gotten smaller in a sneakier way. The boxes still look respectable on the shelf, but most are much narrower.

A standard large bag of potato chips has gradually deteriorated from 8 to 5.5oz of contents. Of course, the bags are the same size and pumped with air appear just as full. However, like cereal boxes they have the convenient disclaimer, Packed by weight, not volume.

Pick-A-Size options are very convenient, but who decided that the makers of paper towels could reduce the functional size and number of sheets in a roll and then make the ridiculous mega-size comparisons?

When was a regular-size roll ever smaller than this example at the top of this column?

Makers of bath tissue are doing the same thing with mega-sizing, but they are also making rolls narrower.

Grocery stores are at the mercy of the companies that produce the products just as we are, and their profit margins are increasingly pinched as well.

That Whopper Jr®? I remember it being a real sandwich and a legitimate alternative to the Whopper®.

In fairness, most fast food companies have trimmed the size of various products including their small burgers, but I had to blink a few times to make sure I was seeing clearly. The picture I took next to a chicken nugget and honey mustard sauce speaks for itself.

I know I’m missing dozens of other good examples. You can go to our Facebook page and give us the size alterations that are most noticeable for you. - FlorenceCourierJournal

• Soft drink companies who still manufacture the 12oz can.

• Blue Bell Ice Cream for maintaining the 1/2 gallon tub when all others have gone to 1.5 quarts

How are you personally treating the COVID-19 pandemic?