Thanksgiving weekend is here again.  Apart from an extra day or two off, some big shopping days in which to be immersed, and more food, family, and friends than we may see all year, do we observe the holiday?   Really  OBSERVE it?

We’ve all heard references about the Pilgrims and the establishment of the feast in the early 1600’s.

However, that day of “public thanksgiving and prayer” was established in detail after our fight for independence.  In obedience to the will of the people and both houses of Congress, our country’s first President established an official Thanksgiving Proclamation for Thursday, November 26 in 1789.

The proclamation ended, “Given under my hand, at the city of New York, the third day of October, A.D. 1789.”  Signed: George Washington

Those in our early history had things tough.

Do we in 2022 pause long enough to reflect on all the blessings we have?   We may not have as much materially as Joe a few streets over, Mary who is a heart surgeon, or Terry who has a summer place on the beach.  Yet, we may have better health, a closer family, a less hectic, less stressful lifestyle, more time with our kids and pets, and fewer IRS issues.  We may have the love of an extended church family.  We may be more outgoing, more generous with time, knowledge, wisdom, or compliments than many other people.

Regardless, it is likely that we have much more than 90% of those in other countries.  Any written inventory of our blessings would be extensive.

Illness, close deaths, injuries, and aging pains aside, we have so much to be thankful for.

A great attitude can be more of a blessing and a better example to more people than we can possibly imagine.  And isn’t that what it’s all about?

I recently heard first-hand about a well-loved and respected, one income, middle-class family in Louisiana whose lives changed instantly this fall.

On his way home from work on October 3, “Jon” ran off the road and careened into and through the bedroom of a single-family brick home beside the road.  He was alive but severely injured and had no recollection of the episode.  Among his injuries were a broken breastbone, spinal injuries, a shattered shoulder and hip, broken ribs, and more.  They also discovered a tumor in his brain the size of a hard-boiled egg.  Doctors said the tumor is what caused him to lose consciousness behind the wheel.  That is why he remembers nothing.

From what I can gather, this family is deeply loved, very strong in faith, generous in time and spirit, and beloved pillars within their community.

Many surgeries for Jon quickly ensued from the neck down.  Brain surgery to find out more of the neurologic details was put off for a few weeks since it was going to be much more delicate.

Despite this life-changing tragedy for everyone in this family of 12, with the oldest child being 17, they all have remained upbeat, cheerful, and outgoing, recognizing all the positives.  What a blessing that no other members of his family were in the car when at that moment or that he wasn’t driving the whole family in their van.  How thankful they are that no one in the house was hurt and that no other vehicles or pedestrians were involved.  They are so thankful that Jon has clarity of thought, partial speech, and movement of fingers and toes.

They are overwhelmed that dear friends immediately organized a meal train through mid-Dec. that filled up within the first few hours and a spreadsheet online with their closest friends to coordinate baby-sitting, grocery shopping, and driving to/from their school and church events, which also filled rapidly.

Their incredibly long road of recovery hasn’t changed their perspective.

The brain surgery took place in early November and tumor results were not good.  Jon has a very aggressive form of brain cancer called glioblastoma.  He needed to start radiation and chemotherapy as soon as possible.  He had just started rehab for his shoulder and new hip, but he was unable to remain in rehab because he had to be discharged so he could start the cancer treatments.

They were told that normal life expectancy with this diagnosis even with treatment, is 14-18 months.  Some healthy and younger individuals, like Jon, can live around five years.  Fewer than 5% of patients live longer.

That is so heartbreaking and for a large family with many young children.

Yes, they are STILL positive, and still see the blessings.

How much longer could the cancer have gone undiscovered and unchecked if not for the accident? How much more quality time will he have with his family and friends now that they know time may be limited?   And Jon?  He is still thankful every day.  Little did all those friends and associates realize - they weren’t going to be the ones giving the most in this process.  That family’s thankfulness and outward demonstration of faith has been the most uplifting and galvanizing message these other families have yet witnessed.  Not only that, every person who walks in Jon’s hospital room hears about the Lord.  Jon cannot contain his love and praise for Him.

Instead of an understandable degree of bitterness, special people like these who can positively focus on others in times of complete life chaos demonstrate how much growing I still have before me.  It’s a slap in the face for perspective and reality.

For those who believe in the power and comforting aspects of prayer, the parents’ names are Jon and Angela Slayton. 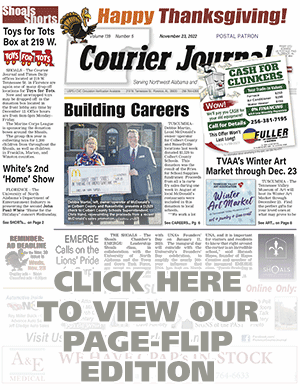