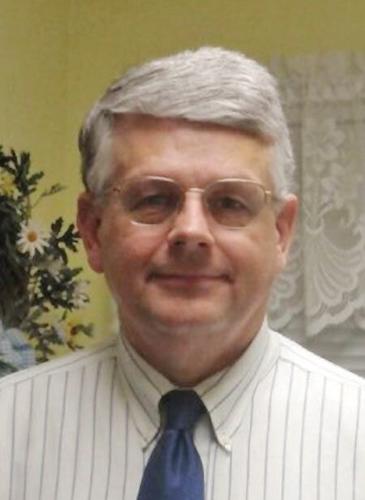 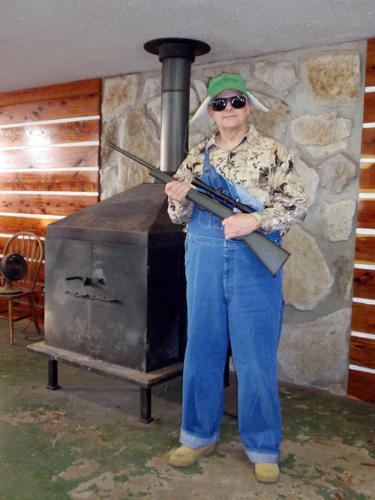 The Condra character, Al A. Bama

The Condra character, Al A. Bama

Last week many of us had to say our final goodbye to a larger-than-life person in this area.  He was obviously great in stature, yes, but that was only an obvious physical feature.  If you knew him or knew of him, you probably knew about his big heart as well.

Steve Condra was a Sheffield native, a graduate of Mars Hill Bible School and UNA.  He worked in the investment field, as an account executive at the Courier Journal, and most recently he was the general manager at Lambert Bookhouse and Mars Hill Book Store in Florence.  He served as an elder at Cox Blvd Church of Christ and was a long-time board member of the UNA Christian Student Center.  His wife, Cathy; daughter, Ashley (Benjamin); his father, Russell; sisters, Becky and Mollie; and grandson, Bryant, survive him.

Steve was a strong and outgoing Christian.  He was not prudish, yet he was humble, and he could blush.  He was dependable, trustworthy, and respectful.  He certainly understood much of the world around us.

Steve was always engaging and could have a room in stitches without really trying.

He could have a meaningful discussion with the highest or the lowest – investment opportunities or the best angle to hold a broom based on the matter to be swept.

Steve was generous beyond what most of us knew. He was a lover of animals, especially dogs.

Steve touched so many lives in small, yet impactful ways.  Many of those, especially in the last 12-15 years, were through Facebook.

His brand of self-deprecation was amusing and refreshing.  He was extremely bright, yet he never took himself too seriously.  Even if he were speaking to a church or civic group, he never looked at himself as being the important person in the room.   His occupational listing on Facebook said it all...   CEO of Radio Shack, K-Mart, and Blockbuster Video.

Steve had the full complement of 5,000 FB friends, the majority of whom he probably never met.  However, those who saw and shared his posts KNEW him.  Most will insist that Steve lifted their spirits, gave them pause, and just brightened their day with his daily one-liners of humor and wit.  Most of his posts were light-hearted.  Steve may take a humorous jab, but he often critiqued himself or his wife, Cathy, who was a great sport about it all.

And who still remembers Steve’s comedic video portrayals of his character, Al A. Bama, who’s often talking about his darling wife, TrixieBelle?

It’s amazing how the simple things in life can be among the most impactful.

The best tribute to Steve is a brief sampling of his posts.

• Gossip is when you hear something you like about someone you don’t....

• I will judge you by the way you spell Lynyrd Skynyrd.

• The Human Heart is Amazing!  It’s the only thing I know of that Grows Larger every time you give a piece of it to someone else....

• Sorry under strong medication and medical treatment today. No Posts.

• There’s a big difference between knowing about Jesus and knowing Jesus.

• If your life ended before tomorrow, would you be proud of what you left behind?

• I can do everything through Christ who gives me strength.  Phil. 4:13

• I am more couch now than man.

• Ask your Doctor if a Drug with 19 pages of side effects is right for you.

• I don’t drive a Flashy Car, but the Cop behind me sure does.

• Do not boast about tomorrow, for you do not know what a day may bring.  Proverbs 27:1

• I wonder what kind of bait McDonald’s uses to catch those square fish?

• Above all else, guard your heart, for everything you do flows from it.  Proverbs 4:23

• If you are ever in a situation when I am the VOICE OF REASON, you are in a really bad situation old friend.

• It’s like my dog thinks sticks just grow on trees.

• Al A. Bama’s Advice For Men # 124 - When choosing a wife, go for one who is nice and has a great personality. They will all look like Grandma someday.

• I’m old enough to remember when MTV was about Music and ESPN was about Sports.

• My wife is having her 29th Birthday again today. I really have some great gifts for her. A Gym Membership, a Cooking 101 book, a nice nose hair trimmer, a bucket of wrinkle cream, some workout videos, a Roto-Tiller and a new Chainsaw with her name engraved on it. Sorry Ladies, I’m taken!

• Apathy is the World’s fastest growing problem. But who cares?

• Americans pay for Gym Memberships and then pay someone to mow their lawns.

• Not to brag, but most of my arrest warrants are considered outstanding.

• Gossip is when you hear something about someone you don’t like.

• It only takes a minute to let someone know you’re thinking about them, but it may make their entire day better.

• I love God with all my heart and soul. I love my family more than words can describe.  I love you more than you’ll ever know.  Bless you.

Life for many of us won’t be nearly as full without Steve Condra around, even at a distance.

That tells us all we need to know about him.

With evening temps already hitting 50 degrees, will we have any more 90 degree days in NW Alabama this fall? 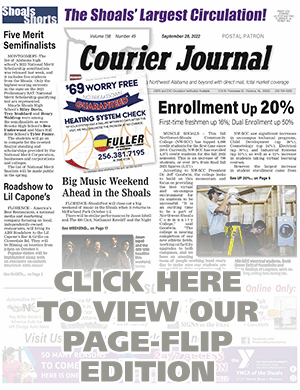