Having become more of a “woke” society, since the Presidential campaign and Inauguration, we are supposed to spend more mental capital worrying about what others think and how they may perceive our words, actions, or even inactions.

It is amazing how quickly advertisers have fallen all over themselves (even in a pandemic environment) to refocus messages so as not to offend or exclude any particular nationality, race, belief system, gender, perceived gender, family arrangement or any other meaningful groups.

Viewers have been fed a steady diet of Black, Hispanic, and Asian actors, mixed race couples, same-sex couples, mixed-race children, families with multiple nationalities or races, and any other combination du-jour.

And while it is good to see increased diversity in all media, being force-fed, like waterboarding, is never subtle. Two-thirds of Americans are not people of color. Every third couple in the US is neither mixed in nationality nor same-sex. There is not a mixed race child in every family.

Even though I don’t remember the product they were selling, I remember seeing several young adults around a workstation of sorts, and a young female was in a wheelchair. An employee with a disability would not have been portrayed in advertising a few years ago, so that was thought-provoking.

However, unless the ad was in reference to abilities or disabilities, the chair may have acted as a distraction for the viewer and may have fallen flat in effectiveness for the advertiser.

How can I make that statement? Because I cannot remember the product being advertised; I only recall the premise used to do so.

Outrageously enough, there is still at least one group that Hollywood is not ‘woke’ to including. If 40%-60% of the people in TV commercials, shows, and movies were overweight, THAT would be an accurate portrayal. Instead, the overwhelming majority are shown as young, fit, and trim.

I guess portraying reality would not sell some of food items or these compact car lines that require near-anorexic actors to project the appearance of roominess.

And what is it with that radio commercial for a left-wing insurance company that seems to poke fun at Asian women in conversation. How are they getting away with that? 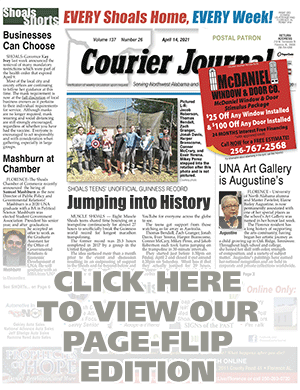