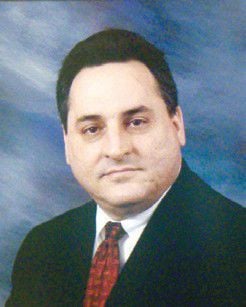 Once all the media drama settles down, the emotions that boiled over for a few hundred protesters in Washington D.C. last week will be but a small blip on the radar of history.   As legislators met at the capital to debate merits and validity of the Nov. 3 elections, a few hundred of the 300-500,000 protesters fed up with inaction on both perceived and real voting irregularities broke through barricades, scaled walls, broke windows, and breached doors forcing elected officials inside to scurry through emergency exits.  As of this writing, several suspicious packages, some unregistered guns, a few Molotov cocktails, and some IED’s were allegedly found on the property, but it was unclear whether any were functional.

ALL such riotous and destructive instances are unacceptable in anything but the most egregious and perilous national situations. Apparently, some were convinced this was one of those times.  However, if it WERE a treasonous rise, there would have been no time for selfies and they would have been better-armed.  The markets didn’t even blink.

In this instance, the actions completely offset the focus of the Constitutionally-aligned procedural process that was taking place when all of this transpired.

As was the case with numerous other riotous situations recently, it appears that law enforcement again was largely unprepared and  let the situation get out of hand.

Although it was on a day that would get good media coverage, it was far too late to mount any meaningful peaceful protest, beyond something symbolic.

Like much of what transpired November 3-4, this and the US riots over the past several months mirror events that often take place in corrupt, under-developed countries.  Over 50 people have been arrested thus far for last week’s insurrection, so the lawlessness there is at least being addressed.

Unfortunately, a young woman died from a gunshot wound to her neck, and an officer died later from injuries. Both incidents are under investigation.  Still sadder is that so many on social media, most hiding behind a screen name, said the petite, unarmed 14-year Air Force veteran ‘got what she deserved.’

We’ll have to remember that blanket dismissal. We can use it the next time some drug-induced male two times her size and intent on killing or injuring one or more members of law enforcement is himself killed in a skirmish, or some other group riots sets buildings on fire.

The main differences are that last week’s riot at the capital involved fewer people in daylight hours on a bigger stage in front of more eyes than those lasting for months which have largely been ignored by the major networks and condoned by local officials and law enforcement.

In addition, far less damage was done here than in other recent similar situations.  Not to say that insured media equipment and a few hundred thousand dollars worth of damage to public property at the capital is insignificant, but it will be replaced and repaired before Inauguration Day.

It pales in comparison to hundreds of millions of dollars  in damages to private property and lost jobs in other riotous acts that will take months or years to replace.  Many will never recover.  Every bit of the lawlessness and disorder is bad, but let’s maintain some perspective.

Such massive protests/riots in any capacity are the result of people feeling their voices are not fairly being heard or represented.  If people thought they were represented fairly, we would not have those situations.  That’s what has to be corrected.

Last week’s violence took us no place.  In fact, that, combined with Trump’s bombastic attitude of late, will prove to overshadow a lot of strong successes during his first 3 1/2 years.  In spite of the fact that his comments that day were all about peaceful protests as was his tweet during the siege, Trump is the one getting the blame.  The people who acted are to blame.  However, if you want to assign fault to some incendiary rhetoric, listen to what Congressman Mo Brooks had to say that day at the rally.  You can find it online.  He must have thought he was emulating George Washington.

Now, all democrat talk about a peaceful transition January 20 has dissipated. That landing for Trump would be too soft.  The antagonistic and vindictive efforts to forcibly remove him from office early serve no purpose but to add insult and shame as one final blow.

After four years of failed attempts to oust Trump from office, he is a week away from leaving a defeated and deflated man with the party he represented in shambles. Instead of just toasting and enjoying his defeat, that is still not enough for some. They want to add a final a kick in the A on the way out.  That, BTW, would be a mistake.

Over the years, we’ve learned not to be surprised at how some on the left actually live out their calls for tolerance, respect, forgiveness, and togetherness.

Sounds like that call for unity still rings as hollow as ever. 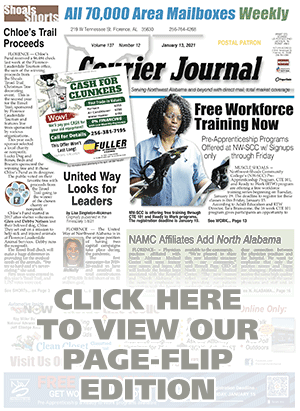