Russian Communist leader, Nikita Khrushchev said, “We will take America without firing a shot. We do not have to invade the U.S. We will destroy you from within.”

In a new recent poll, it was revealed that 70% of millennials (age 24-39) say they would vote for a socialist. The You Gov - Victims of Communism Memorial Foundation found in their poll that 50% of millennials (age 23-38) and 51% of Generation Z (age 16-22) have a somewhat or very unfavorable view of Capitalism.

Under Communism most property and economic resources are owned by the state (rather that individual citizens). Under Socialism all citizens share equally in all economic resources as allocated by a democratically-elected government. Neither of these reward the hard working citizen! Why do people risk everything flocking to our shores? Because of the “American Dream”. If you work hard, you can have a better way of life.

Several of those who are running for President of our country are millionaire socialists. They have benefited from our free enterprise! How many of you that have worked so hard to make good money as professional football players, as professional basketball players, as professional baseball players, as musicians, as actors or actresses, as successful business people, etc., are ready to take what the government allots to you under Socialism? You see, many don’t understand how it would be under Socialism or Communism. They only hear something is free. But nothing is “free”! Unless we wake up and learn from history, I’m afraid that what Nikita Khrushchev said will come to pass. “We will destroy you from within.”

Did you vote in the Run-Off on Tuesday, July 14? 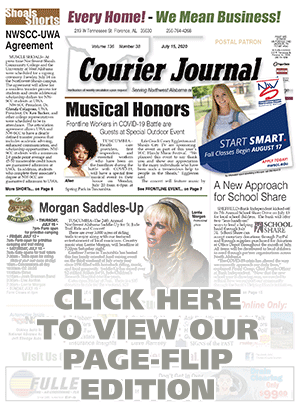