The TimesDaily reported January 31 that the Atlantic Sun Conference (ASUN) is considering a proposed expansion that would place University of North Alabama in a new conference for 2023. The form of a proposal lets us know the ASUN is serious with their plans. Right now the ASUN is a non-football conference.

Currently, the ASUN includes four members that play football with other conference affiliations. UNA and Kennesaw State play football in the Big South Conference. Liberty plays as in Independent in the Football Bowl Subdivision (FBS) and Stetson plays in the Pioneer League, which is a non-scholarship league.

The ASUN would become the Coastal Collegiate Sports Association (CCSA) under the proposal. Currently, the CCSA offers the following sports - Men’s and Women’s Swimming and Diving and Women’s Beach Volleyball. Additionally, UNA and Kennesaw State would become members of a new eight-member United Athletic Conference (UAC). UNA and KS will play all sports within the UAC. Previously, UNA played football in BSC and all other sports were played in ASUN. Not counting Stetson, it appears that Liberty will be only football school in the CCSA. Is UNA keeping the Big South informed?

The UAC will provide for seven conference game each year beginning in 2023. Completing the schedule, adding a minimum of three more games, will be similar to membership in the BSC. This would not be true for other sports such as basketball. The ASUN will add Bellarmine as a tenth member for 2020.

To ask UNA to join a new conference for all sports after only four years in the ASUN is a proposal UNA must reject. If changes made for 2023, UNA needs to request membership in CCSA for all sports except football and to have football membership in the UAL or BSC. Personally, I don’t like the name change!

Sadly, UNA's female lion mascot, Una, passed away last week after being diagnosed with an aggressive form of cancer. Have you ever visited the LIon habitat on the UNA campus since Leo III and Una arrived in 2003? 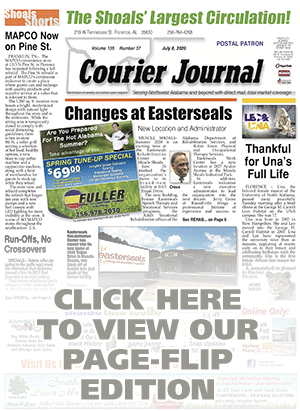