Americans observed Veterans Day on November 11. On that day and the days leading up to it, the word VETERANS was mispronounced far more often than it was correctly pronounced. Veterans is a three-syllable word: VET-ER-ANS. It is NOT a two-syllable word, as in VET-RANS.

I have a theory that explains this corruption, a theory that I immodestly call Crowder’s theory of the conservation of syllables. It goes like this: For every syllable incorrectly omitted from a word, a syllable is somewhere else incorrectly added to another word. My favorite example of this is the word ATHLETE, a two-syllable word that often is mispronounced by adding a third syllable, as in ATH-A-LETE. A compound infraction is achieved in a reference to a Vetran Athalete.

Chide me as a meddlesome grammar sharp if you wish, but consider this. If we are to set aside a special day to memorialize those who sacrificed so much for their country, should we not endure the minor effort it takes to correctly pronounce the words that identify them and memorialize their special day of honor? 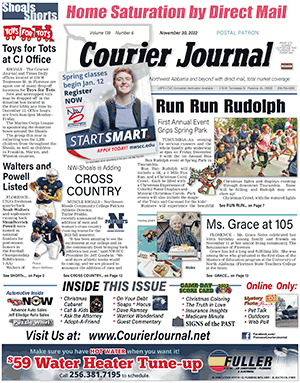