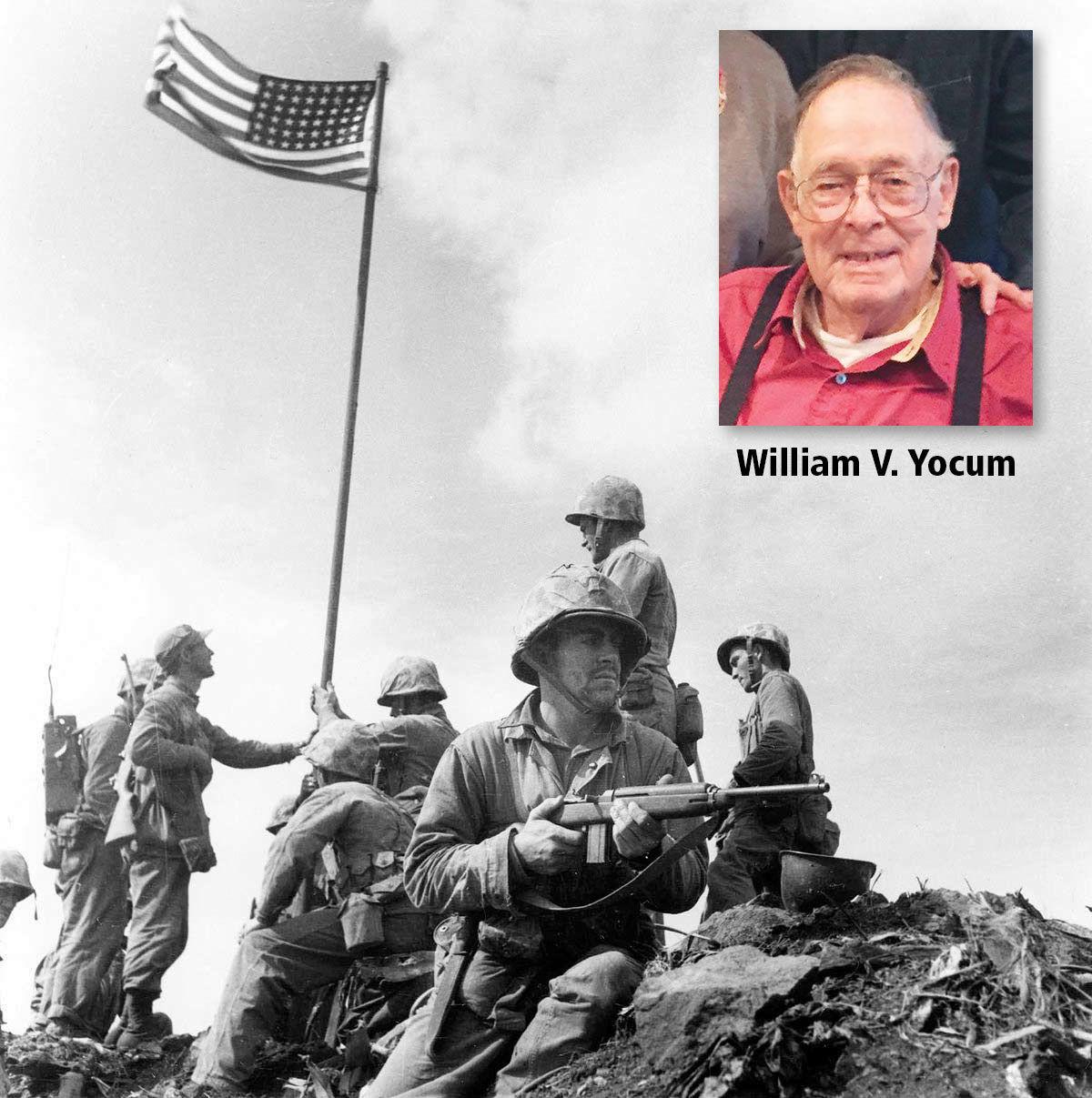 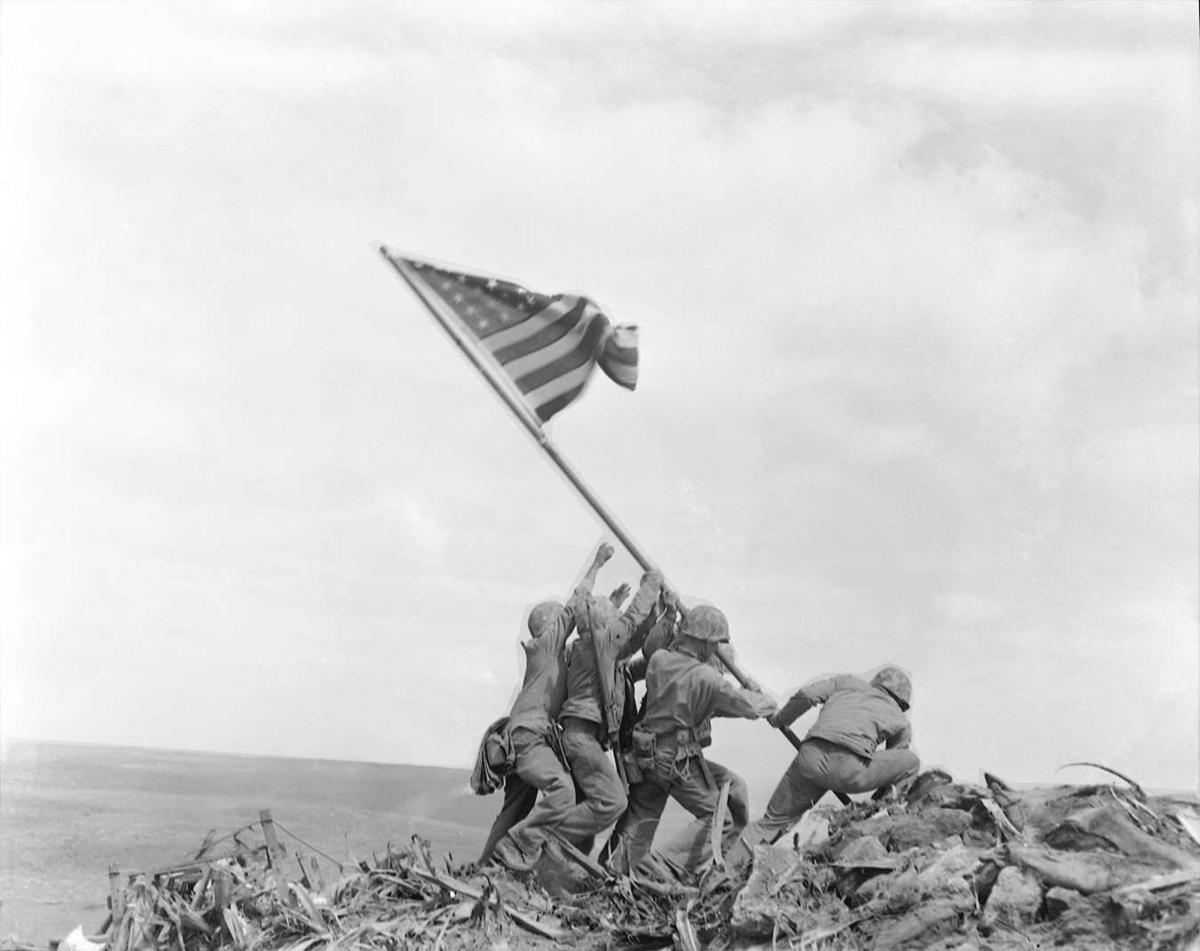 The iconic image of raising the US flag. 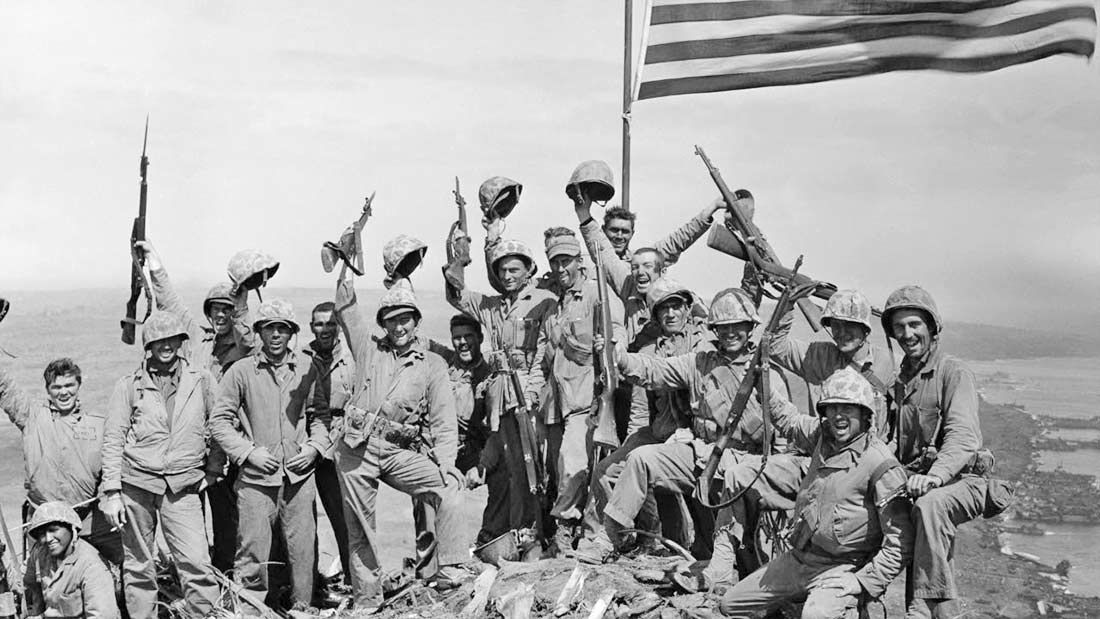 The iconic image of raising the US flag.

The minds of the few remaining World War II veterans may not be as sharp as they were 75 years ago.  That’s not to say that memories from that period are fading.  They just may not have been discussed very often with family or those who weren’t directly involved.  Some were never discussed.

Such is the case with one local veteran.   Ninety-six year old William V. Yocum was among the Marines at Iwo Jima in 1945.  “Pappy,” as he is known to his family, now resides at the Cottage of the Shoals in Tuscumbia according to his son-in-law, Dr. Bob Moore.

The island of Iwo Jima is located 750 miles off the coast of Japan and had three airfields that allowed the Japanese to launch their war planes.  It was a pivotal battle because by capturing the Japanese airbases there, US bombers could launch air strikes on the Japanese mainland.

American forces invaded the island on February 19, 1945.  The epic 36 day military battle between U.S. Marines and the Imperial Army of Japan represented some of the bloodiest fighting of World War II.  Some 7,000 US Marines lost their lives on the island, as did 20,000 Japanese.   The 75th anniversary of that Pacific victory occurs this week, and research indicates that as of this writing, Yocum is one of only 22 who are still alive.   That Iconic photo of five marines erecting the American flag at Iwo Jima is among the most resonating images from World War II.

“We (his family) never knew of his participation in that battle as he never wanted to discuss it,” Moore said.   “We only found out three or four weeks ago as we applied for his VA benefits.  It was on the back of his Honorable Discharge papers which we had never seen.”

He was right there where Joe Rosenthal’s Pulitzer Prize-winning photo took place with Marines hoisting a flag in the volcanic rock.  Five month’s later the war was over.

“Pappy and his fellow marines advanced up toward Mount Suribachi, the high point on the island,”  Moore continued.  “He was not one who raised the flag but he was on that hill close behind.  Now he is climbing a health mountain.”

Their courageous efforts in the Pacific and similar selfless accounts of facing death in Europe allowed the advancement of our armed forces and hastened the end of this terrible war.

Up until two months ago, Yocum lived on his own in Rogersville.  He drove and did all of his own shopping.  He was even riding a bicycle the day the information for this story was collected.

“He’s doing relatively well in spite of inoperable cardiac issues and asymptomatic pancreatic cancer,” Moore said.  “Congressman Mo Brooks is doing what he can to get him in the veterans facility in Huntsville.”

The moratorium on visiting assisting living facilities prevented any visits or personal discussions with Yocum prior to this writing.  That doesn’t dampen the privilege I have to write about him or the appreciation I have for his service.  He’s among the last vestiges of what many consider the greatest generation.

His son-in-law concurs.  “I consider him a national treasure.”

How are you personally treating the COVID-19 pandemic?