Chuck Leavell’s work with The Allman Brothers, Sea Level, and The Rolling Stones is just the beginning. (ChuckLeavell.com) 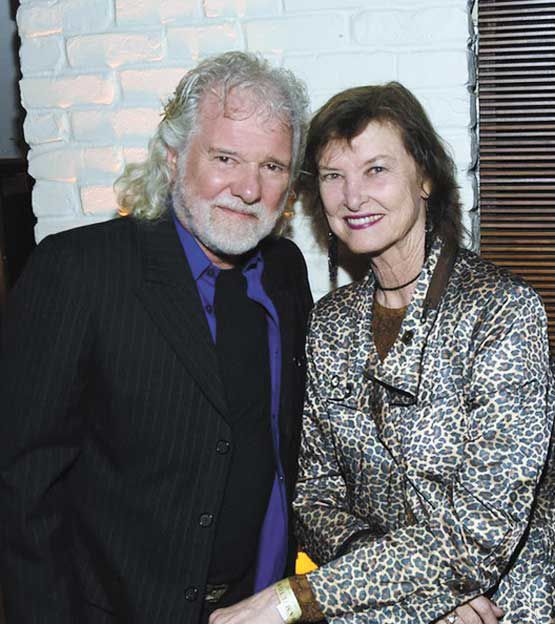 Chuck Leavell’s work with The Allman Brothers, Sea Level, and The Rolling Stones is just the beginning. (ChuckLeavell.com)

FLORENCE – Chuck Leavell decided he wanted to make a living performing and recording music at age 13 after seeing Ray Charles in concert.

That decision became a reality when he made his way to Muscle Shoals at age 15 and played on a recording of Freddie North’s soul classic “Don’t Take Her, She’s All I Got.”

Leavell moved to Macon, Georgia in 1970 where he worked his way through the ranks at Capricorn Records while touring with Dr. John, country legend Kitty Wells, The Marshall Tucker Band and others. In 1972 at just 20 years old, Leavell was asked to join the Allman Brothers Band. The first album he recorded with the band was Brothers and Sisters, which included the classics “Ramblin’ Man” and “Jessica.” The album hit number one on Billboard’s Pop charts, and Leavell recorded several more albums with them before the Allmans temporarily disbanded in 1976. Emerging from the break-up of the Allman Brothers Band, Leavell formed the rock/jazz/blues fusion group Sea Level with Allman’s drummer, Jaimoe. The band toured relentlessly during the late ’70s and released five critically acclaimed albums. Leavell caught the attention of the late rock ‘n’ roll impresario, Bill Graham, and keyboardist, Ian Stewart, the original “sixth” Rolling Stone. In 1982 he was invited to assume a significant keyboardist/vocalist/musical director role for the Stones that continues today. Guitarist Keith Richards said, “Without the continuity that Leavell brings to us, the Stones would not be the Stones.”

The record-breaking 2005-2007 Rolling Stones’ “A Bigger Bang” tour marked Leavell’s 25th year with the band. The 147-show tour proved yet again that the Stones are the world’s greatest rock ‘n roll band.

Leavell released his first seasonal album in 1999 entitled, What’s in that Bag? on Capricorn Records. It has become a holiday favorite and it continues to rate highly every year in Christmas CD sales.

Leavell’s next release, Southscape has been described as southern jazz.

In addition to recording with other artists, Leavell has released six albums of his own.

Most recently, he completed the Rolling Stones 2019 “No Filter” U.S. tour, marking his 37th year with the Stones.

Chuck Leavell’s accomplishments as a conservationist and tree farmer are as impressive as his musicianship. After studying forestry by correspondence and doing much of his homework while riding a tour bus with the Fabulous Thunderbirds in the mid ’80s, Leavell and his wife, Rose Lane White Leavell, turned her family’s plantation near Macon, Georgia, into what has become a textbook tree farm.

It’s no wonder that Leavell joyously returns home to the solitude of Charlane Plantation. There Leavell trades his rock ‘n roll garb for jeans and boots and becomes a zealous conservationist.

Their work on Charlane Plantation has been recognized by several conservation organizations. Leavell is the only two-time recipient of the Georgia Tree Farmer of the Year award. The American Tree Farm System selected Chuck and Rose Lane as the National Outstanding Tree Farmers of the Year in 1999. Additionally, Leavell has been cited by the National Arbor Day Foundation, the Georgia Conservancy, FFA and many other conservation organizations, and by the University of Georgia where the Leavells sponsor a scholarship.

In rural Georgia, you can find Leavell hugging a tree and declaring his fortune in having three real passions in his life: “My family, my trees, and my music.”

The Shoals Community Theatre will be presenting “An Evening With Chuck Leavell” on Saturday, December 14 at 7pm. Be part of this special event as Leavell plays songs and tells stories from throughout his extraordinary career.

Tickets are on sale for $50 Front Orchestra, $40 Back Orchestra, and $30 Balcony with a limited number of front orchestra VIP tickets available for $75. VIP tickets include a meet and greet as well as a copy of Leavell’s latest CD and book. Please contact the Shoals Community Theatre box office at 256-764-1700 to purchase VIP tickets.