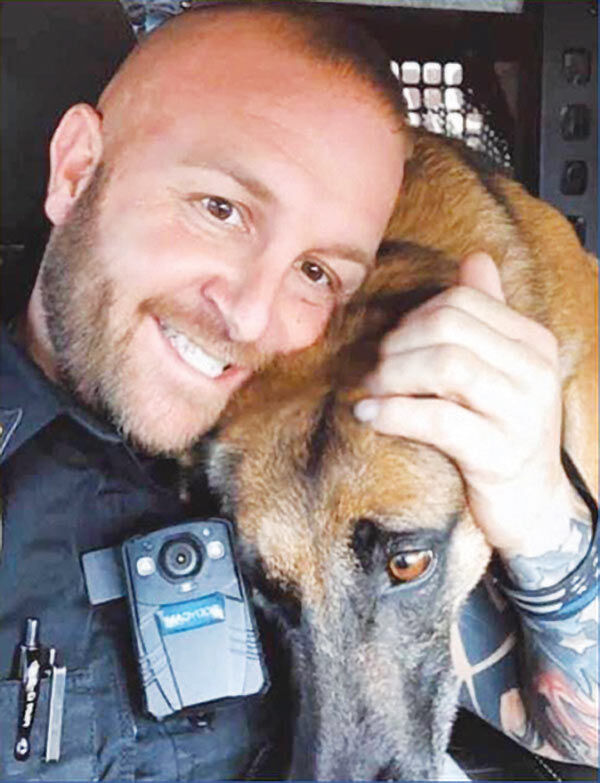 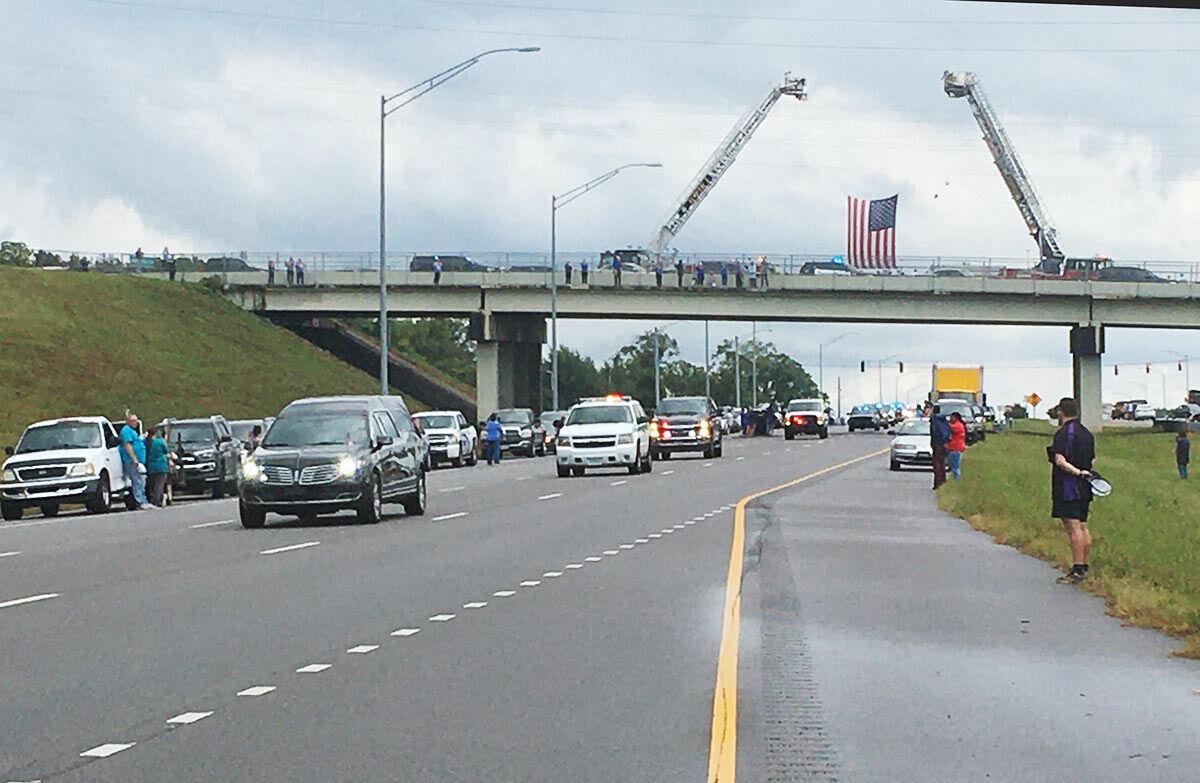 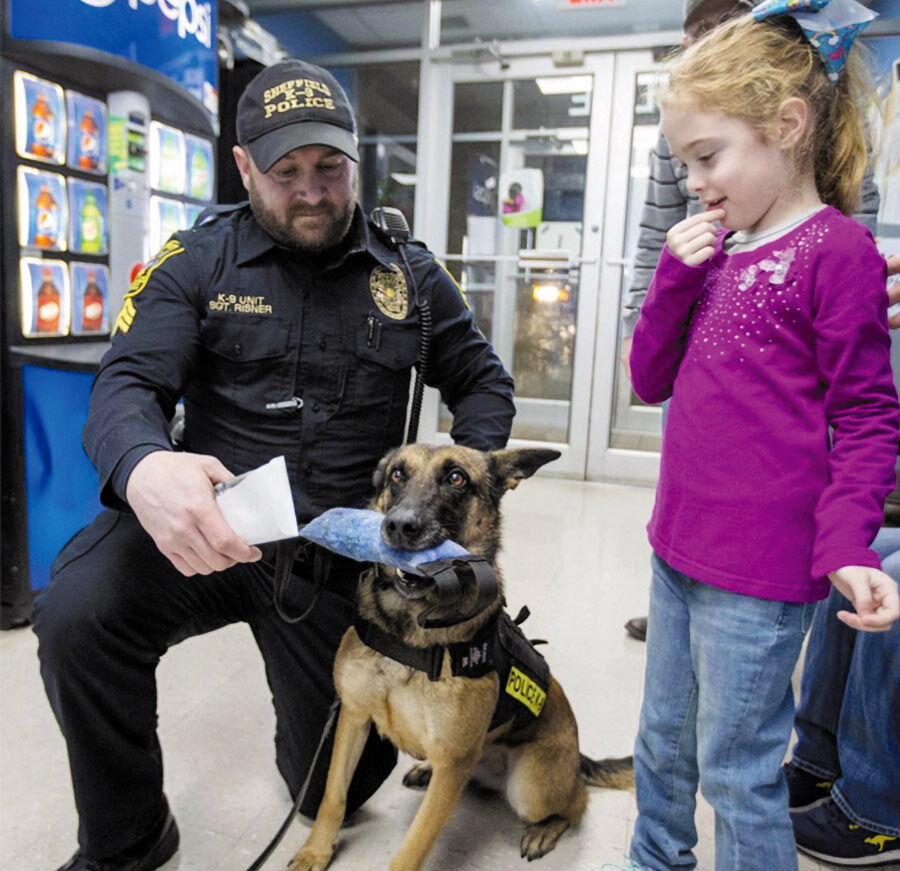 SHOALS – More than 100 law enforcement vehicles from across north Alabama escorted the body of Sheffield Police Sgt. Nick Risner in his return to the Shoals last Monday.  Risner was killed in the line of duty from an exchange of gunfire Friday afternoon, October 1.  He died on October 2.

The procession came through Decatur and entered the area on US Hwy 72/20 traveling through parts of Tuscumbia, Muscle Shoals, Sheffield, and across the Singing River Bridge into Florence on the way to Williams Funeral home in preparation for Friday’s funeral.   Thousands of solemn residents lined the streets and highways several people deep in areas showing their respect and appreciation for his nine years of service in the Sheffield police department and eight years with the U.S. Army Reserves.

The accolades for Risner in the past ten days have been numerous.   Since he was a registered organ donor, Risner was still giving after his death.

Visitation will be Friday October 8th, 2021 at Faith Church, 3601 Florence Blvd., Florence, Alabama, from 11a.m. - 2p.m. Service will follow with Pastor Eric Taylor officiating. A private graveside will be held for family and fellow officers. The service will be streamed live on Faith Church Facebook page, starting at 2:00 p.m.

Nick was preceded in death by his grandparents, James and June McDonald; brothers, Anthony Ray and Terrell.

Nick was born and raised in Florence, AL, where he attended Central High School. Nick married Brandy, his wife of 15 years, and they have one daughter, Aili, who is a true daddy’s girl and was the light of his life. Nick served eight years in the Army/National Guard and then became an officer with Sheffield PD in 2012 and was currently a K9 sergeant. Nick was a people person with a servant’s heart always helping others in any way. His infectious laugh and personality could light up a room.

He loved Alabama football and was his daughter’s biggest fan in sports and academics. He was a loving son, friend, and big brother. Nick was selfless and it showed as he served his community with pride and made the ultimate sacrifice. Matthew 5:9

Nick was the true definition of a HERO and continues to be through organ donation with Legacy of Hope.

On behalf of the family we would like to thank his two special friends, Max Dotson and Ray Terry. Thank you to all police agencies across the state of Alabama and beyond who have honored our true hero. Thank you to Helen Keller E.R and EMS, Air EVAC, and Huntsville Hospital staff. Special thanks to Huntsville PD and Williams Funeral Home for serving our family in a time of need. Thank you Sheffield PD for your support to Nick’s family and his career over the years. The family could never repay the community and businesses for the outpouring love, support and donations.

In lieu of flowers, donations may be made to Sheffield Police Department, 600 N. Montgomery Avenue, Sheffield, AL 35660. Williams Funeral Home is assisting the family. You may sign the guest book at wfunerals.com

For all practical purposes, prices at the pump for regular gas are at $3.00/gallon in NW Alabama. With supply issues, international relations, and domestic issues in flux, where do you see that price for regular peaking in the next 12 months?