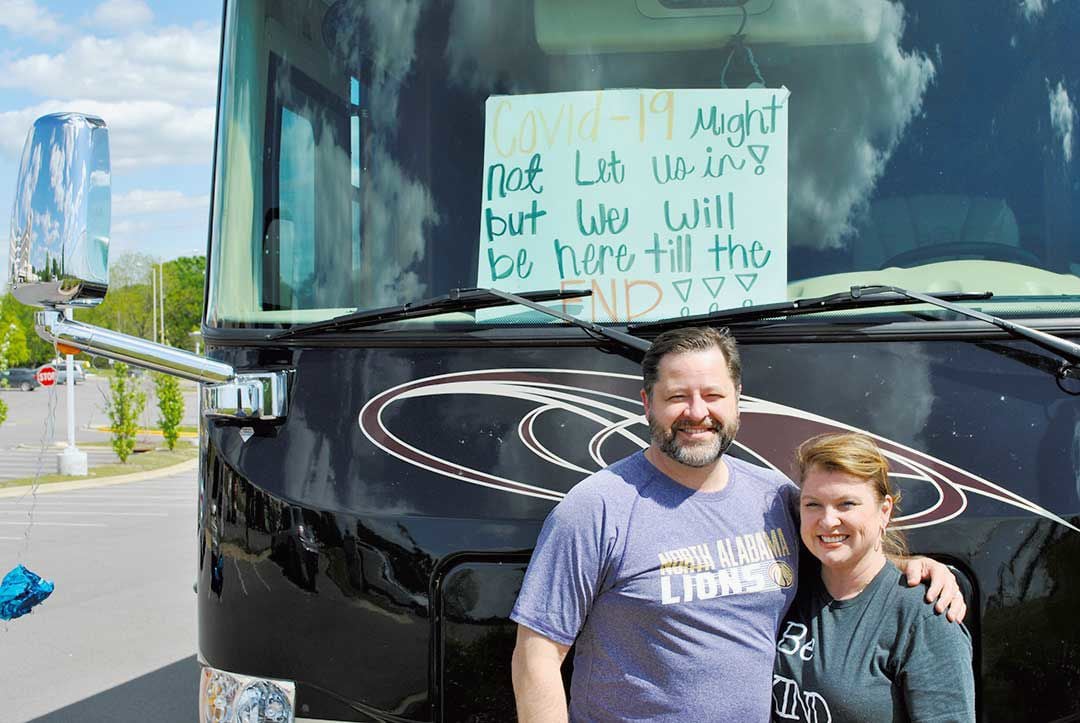 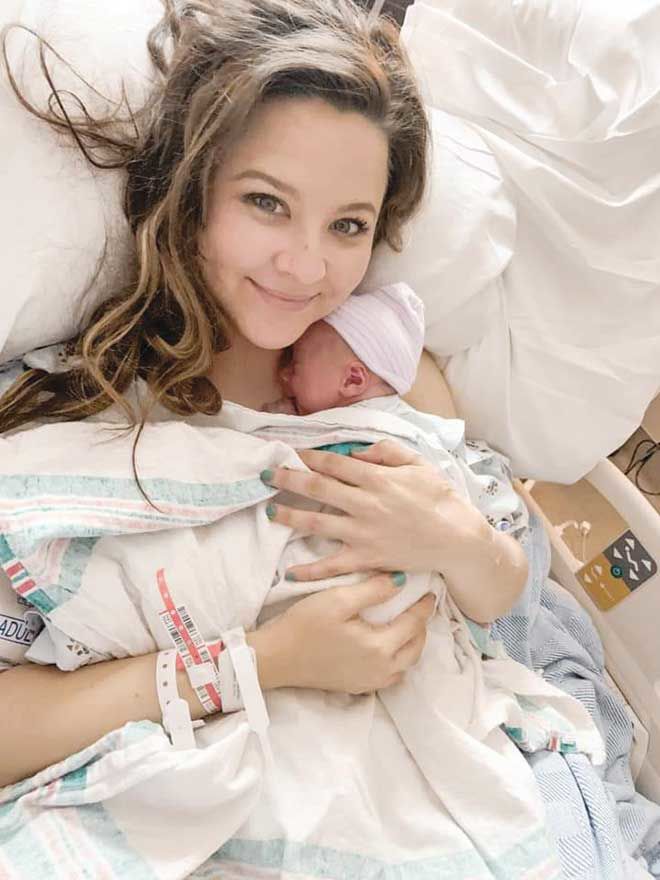 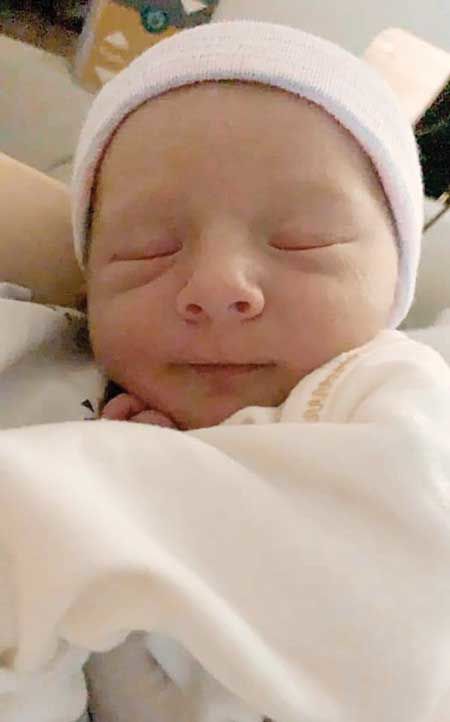 FLORENCE — Tim and Mendy Palmer couldn’t be inside North Alabama Medical Center for a special delivery this week, so they improvised.

The Palmers pulled a recreational vehicle into the hospital parking lot Monday and basically tailgated late into Tuesday night until getting the news they had long awaited: they have a new grandson.

Eli Grey Montgomery was delivered by cesarean section at approximately 10pm on Tuesday, April 21. This brought cheers from the Palmers, a set of great-grandparents, and Eli’s 7-year-old cousin, Mark Rylan.

This was the first child for their daughter, Kennedy, and her husband, Dylan Montgomery. They said Kennedy is recovering well.

Due to the coronavirus pandemic, visitors cannot be allowed in the hospital, and only Dylan was allowed to be in the delivery room with Kennedy, so the Palmers did the next best thing.

“We knew we’d have to camp out in the parking lot, so we’re here,” Tim said Tuesday, as he and Mendy stood outside the RV.

Mendy said she had planned to be in the delivery room with her daughter for support, especially since this is Kennedy’s first baby.

She realized when things started shutting down in March she would not be able to go inside the hospital.

“Those two had a meltdown when they found out,” Tim said of his wife and daughter.

Still, Mendy was there as much as possible from the parking lot, as the families texted, called, and saw each other via FaceTime along the way.

“Mendy coached her through some of the contractions,” Tim said.

I was supposed to be in there with her,” Mendy added, sighing and looking back toward the hospital.

At one point Dylan stood at the window of the hospital room at night and used the flashlight from his phone to signal to the Palmers where they were.

For recent University of North Alabama graduate Kennedy, being at North Alabama Medical Center was nothing new. She’s an emergency room nurse there.

“She graduated from UNA in December and started here in January,” her father said. “Her team is taking care of her, and she’s getting a little special treatment.”

Tim’s boss owns the RV and let the Palmers use it.

When the Palmers pulled into the parking lot Monday, they did not expect such a long wait before Eli arrived, all 5 pounds 11 ounces of him. They had to make a couple of trips to the store for supplies while waiting.

“We thought Eli would be here by now, but he’s been stubborn,” Tim said Tuesday afternoon.

The Palmers made signs and placed them outside the RV, which was adorned with blue balloons. One sign was a play on the 1980s Salt-N-Pepa “Push It” song, reading, “New baby babyyy, push it real good.”

According to the Palmers, the North Alabama Medical Center staff seemed to get a kick out of the tailgating and it soon became Facebook fodder.

“It spread like wildfire,” Tim said. “Friends and family from multiple states talked about how cool it was and wanted to share in the fun.”