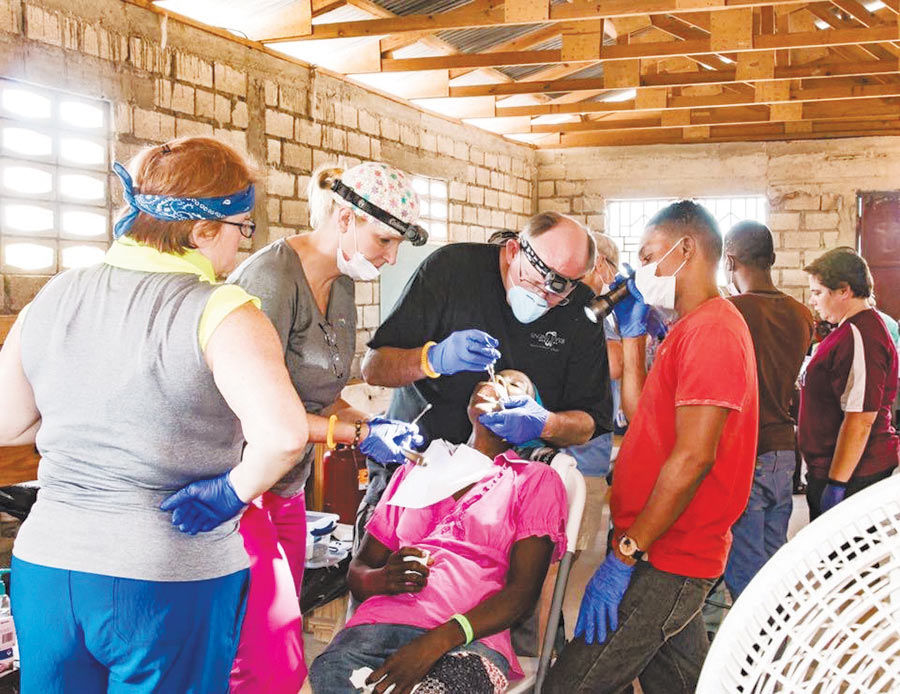 Dr. Robert Moore, center, gets assistance from many while working on dental patients in Central America. 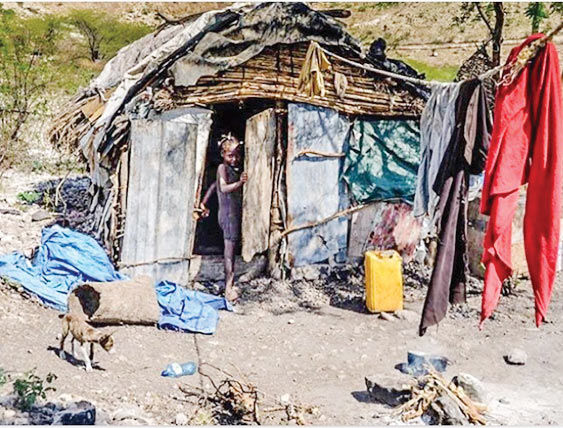 Housing like this is not unusual in many Central American towns 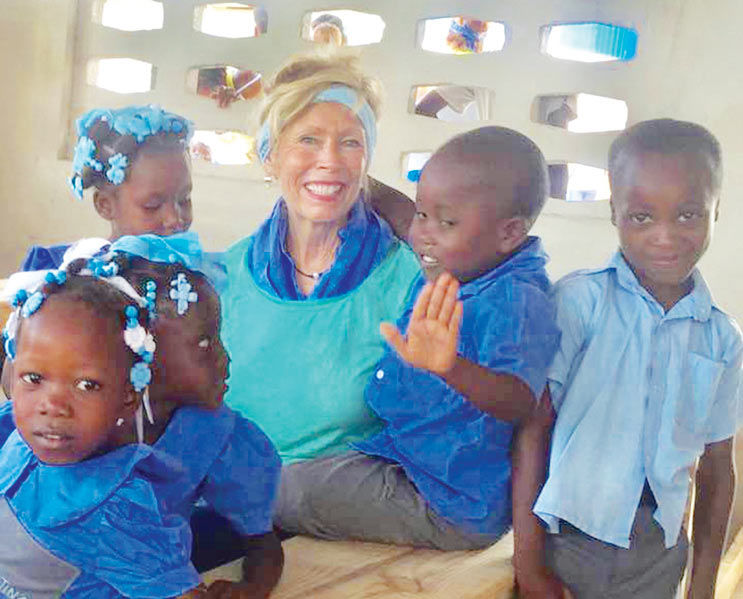 Patricia Moore with some of the local children 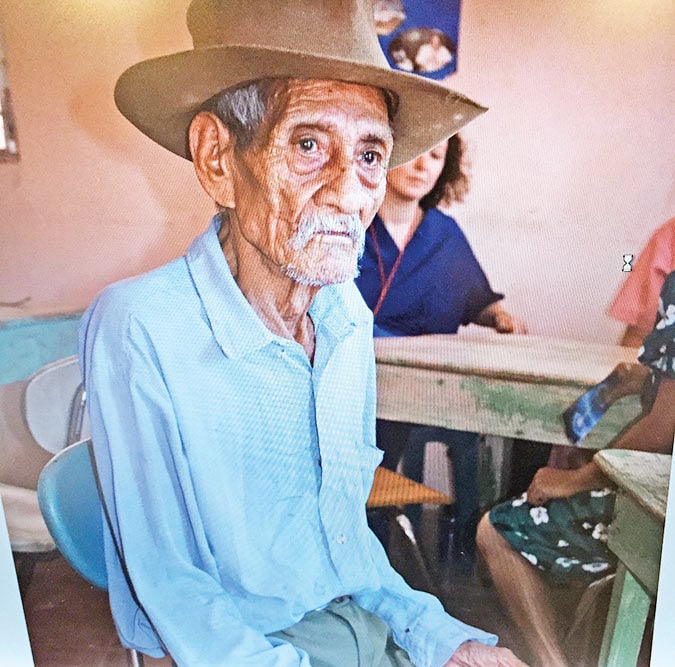 An older patient waiting his turn in the chair 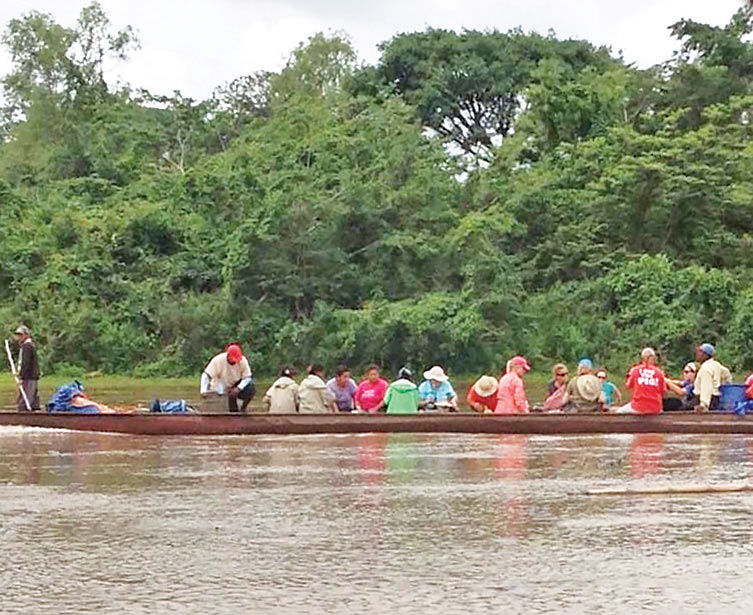 A brisk canoe ride in a hollowed-out tree 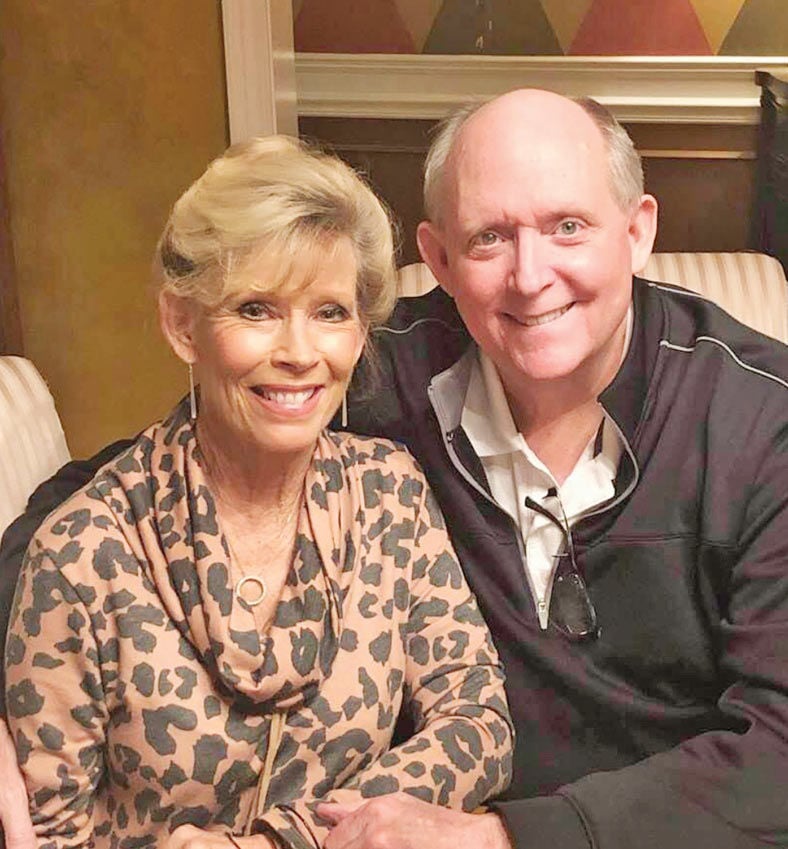 Patricia and Dr. Robert Moore back at home

Dr. Robert Moore, center, gets assistance from many while working on dental patients in Central America.

Housing like this is not unusual in many Central American towns

Patricia Moore with some of the local children

An older patient waiting his turn in the chair

A brisk canoe ride in a hollowed-out tree

Patricia and Dr. Robert Moore back at home

In the jungles of Nicaragua a team floats down the Rio Coco in a dugout canoe.  Through oppressive heat and humidity, they ride in the narrow, hollowed-out tree for 18 hours before they can reach the indigenous Miskito people in the country’s interior. This might sound like some scene from Indiana Jones, but actually, the hero is Florence dentist, Dr. Robert Moore.

Moore has since completed 27 of these dental missions across Central America since his first mission.  On his first mission to South Africa, Moore and the team stayed for 10 days to construct a church and spread the gospel.

“While I was there, I saw the needs people had,” Moore said. “They would come up, and they would have cavities, and all these broken-down teeth.  I’d see mouths swollen, and

I couldn’t do anything.”

During this particular mission, Moore left his excavators and forceps behind, but he felt called to use his dental skills to help those in need, just like a local dentist had inspired him.

After graduating from Sheffield High School, Moore studied engineering at Auburn University. During his co-op in Florence, he rented from a dentist who encouraged him to join the profession. After Auburn, Moore graduated from dental school at the University of Alabama Birmingham.

“I knew the Lord wanted me to come back to the mission field through dental,” Moore said. “Because that’s what I can do to help people.”

Moore has traveled across Central America on his missions. He has worked in Guatemala, Costa Rica, Haiti, and Nicaragua.  Most recently, he added the Dominican Republic to his list.

“[In the Dominican Republic], we actually were in a clinic where we could actually do a lot of work on folks who needed it,” Moore said. “The people there in Santa Domingo themselves, they were just excited that there was someone that was doing stuff for them.”

Since the free clinic was located in an urban center, the dentists had electricity and used modern equipment like in the United States.

Most of Moore’s missions take place in rural environments with limited or no power. Patients sit in straight-backed chairs, or sometimes even tree stumps while volunteer assistants hold their heads back. The dentists carry all their equipment with them and use headlamps to see in patients’ mouths.

“You can only see what you can see,” Moore said. “It’s really a challenge doing dentistry without x-rays or the benefits of having power.”

The team sleeps in sleeping bags on the ground covered by mosquito nets and begin treatments at 7am. They work for twelve hours with few breaks in 100-degree temperatures.

“There’s no sitting around on trips like this,” Moore said. “These are work trips. I usually come back exhausted, but it’s such a thrill to go.”

His teams have seen as many as 3,000 to 3,500 people over a week’s time. Some patients walk for days to get to the clinic and sleep on the ground until they’re seen.

“You kind have to see it to believe it,” Moore said.

Twenty-five people make up an average-sized team, but Moore has been a part of missions with 75 to 100 people.

“Folks that go are not just dental people,” Moore said. “There are everyday folks, too.”

The volunteers encompass every profession, including retirees. Moore has worked with volunteers’ young as 14 and as old as 91.

“If you can hand out water in a line, you’re just as important as anyone else on the team,” Moore said.

“I had asked her twenty-four times, ‘do you want to go with me?’ ‘Nah, you know I don’t do that.’ Then one time she went, Moore said. “And now she has the bug.”

Upon returning from the trips, Moore goes back to work with his Florence patients at Singing River Dentistry.  In a few months, he’ll celebrate 42 years in the profession, and hopefully, be planning another mission.

“They’re all great trips,” Moore said. “And they’re great trips because you’re doing what the Lord has led you to do.” 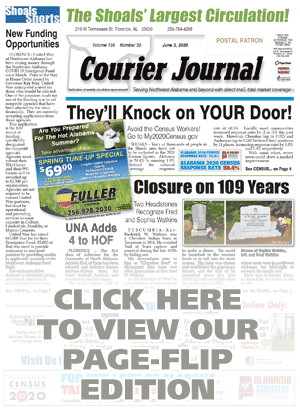