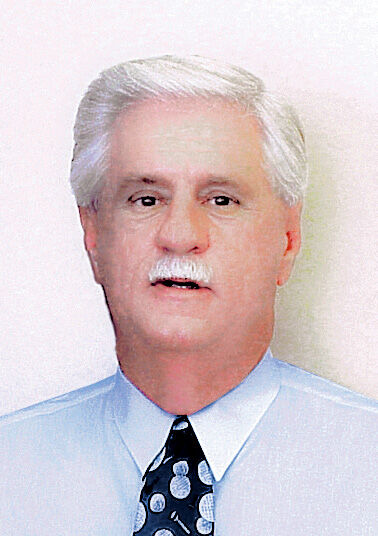 Jerry Grissom and I first met when I was playing football at Coffee High School in the mid-late 1970’s.  However, I knew him as most everyone else did, as Jerry Knight, the radio play by-play voice of the Yellow Jackets.

Anyone who was born before 1980 and has followed local football knows the name.   They would probably recognize his voice, too.

Then the two started calling North Alabama football games together in the late 1980’s.   At various times throughout his career Knight was also the radio play-by-play announcer for Muscle Shoals, Sheffield, and Colbert County high schools.  Knight also called UNA basketball games for many seasons, and was a play-by-play host for Alabama High School state basketball tournament games for two decades.

However, his time in the stadium press box at Coffee and UNA games were what made him legendary and helped him branch out to a difference audience.

Jerry Knight Grissom passed away over the Independence Day weekend after an extended illness.  He was 77.

Knight was born in 1943 and was a 1961 Deshler High graduate. He started his broadcasting career at WLAY in 1963 and served in the National Guard for 20 years.

According to his former radio partner and good friend, Knight wanted to be a sports broadcaster since he was a young  boy.  In a recent Times Daily article, Hunt also said the radio name “Jerry Knight” stemmed from his days as the nighttime disc jockey at WLAY.  After Knight began to establish a career in radio, the name stuck.

“It was a thrill doing the 1991 Elite Eight tournament because it was at the home of the Basketball Hall of Fame in Springfield, Massachusetts,” Knight once wrote. “A trip to the Hall of Fame museum was an experience I’ll never forget.”

he could write a regular piece for the Courier Journal that would always be interesting.

There was a reason why Jerry Knight was successful as a radio advertising salesperson for many years; because he could sell a concept.  I told him  if I could pay him less than it was worth, we had a deal.

His regular sports column, Knight’s Korner, began the following week.  It was a highly anticipated feature in the Courier Journal for close to 18 years.

Knight’s memory for specific situations, plays, and individual and team stats was astounding. Many former Coffee and UNA players concur;  he had an amazing knack for recalling on-field situations with players that they had even forgotten about.

Knight fondly recalled those three consecutive National Championship years at UNA from 1993-1995 several times with different angles.  He recalled the exact point at which he realized that the 1993 team could be special.  It was during  a convincing early season 44-32 win in a hostile environment at Portland St.

He recalled UNA’s season-defining 89-72 basketball win at Division I Murray State that would help propel that team to the 1991 National Championship.

Yet, he also focused on the people, many hundreds of people; Stewart Cink, Larry McCoy, Merle West, Brub Hamilton, Walton Wright, Harlon Hill, Buddy Moore, Don Creasy, Otis Boddie, Eddie Frost... the list could not be contained in the space of this article.

Knight’s writings earned the respect of others in the publishing business as well.   He received numerous awards from the Southeastern Advertising Publishers Association and Alabama Press Association over the years in the category of Best Sports Column.

Knight fell ill in late 2018.  His last column in the Courier Journal was published December 4 of that year.  I still have people regularly asking about him and his column.

Knight served six years on the Muscle Shoals city council before choosing not to run for re-election in 2012.  Knight was inducted into the Colbert County Hall of Fame in 2003.

I appreciated his effort and reliability on behalf of the Courier Journal.

Jerry Knight was a fixture in local sports for many years.  His voice was unforgettable.  His words left an indelible impression.  Our many memories of him will not soon fade.

Knight is survived by his wife, Lib, and their daughters, Helicia and Terri Leigh.

Do you have and wear themed / fashion face masks in public?