MUSCLE SHOALS — Mortgage rates have hit an all-time low in what has become a homebuyers’ market. Listerhill Credit Union is pleased to announce the hiring of three new employees whose roles will help expand the credit union’s service capacity in the Mortgage Services department.

According to Torrey Moore, Vice President of Mortgage Lending, “We are very excited to announce the additions of Ashley Robinson, Ryan Roberson, and

Blair Cunningham to our mortgage team,” said Moore. “Instead of just meeting the high demand of our mortgage loan requests, we can now help our members turn their dream homes into a reality more quickly.”

Robinson has joined Listerhill as an Outside Mortgage Loan Officer after four years as a Loan Officer with TVA Community Credit Union, providing help with loans including mortgages and HELOCS. In her new role, Robinson will focus specifically on helping mortgage and HELOC applicants realize their home goals as well as connect with local real estate agents in the Shoals area. Ashley has a daughter (McKennlie) and lives in Tuscumbia, where she also grew up.

Roberson has also joined the credit union as an Outside Mortgage Loan Officer.  He will be assisting homebuyers in the Shoals area in addition to building relationships with local real estate agents. Roberson worked at Alabama Land Services for five years as an Escrow Officer and Closing Supervisor prior to Listerhill. He enjoys playing the guitar and the banjo in his spare time.

Cunningham has joined Listerhill as a Mortgage Originator Specialist. As a Closing Specialist for Alabama Land Services over the past eight years, Cunningham helped with closing real estate loans and prepared mortgage disclosures and closing documents.  Cunningham will originate and process mortgage and HELOC requests in support of the Mortgage department. Blair is a lifelong resident of Muscle Shoals where she lives with her three sons (Nathan, Jordyn, and Sawyer) and their two rescue dogs (Roscoe and Missy).

“Listerhill is excited to expand our capability to serve our local communities while also positioning ourselves to grow by meeting demand, exceeding expectations, and offering the credit union difference to new areas,” said Moore. “These new team members will complement an already exceptional team we have at Listerhill.” 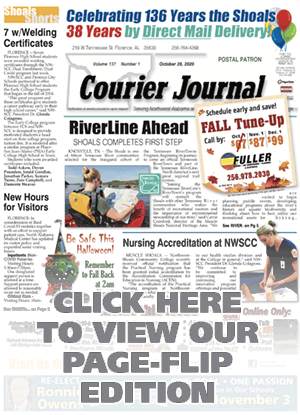