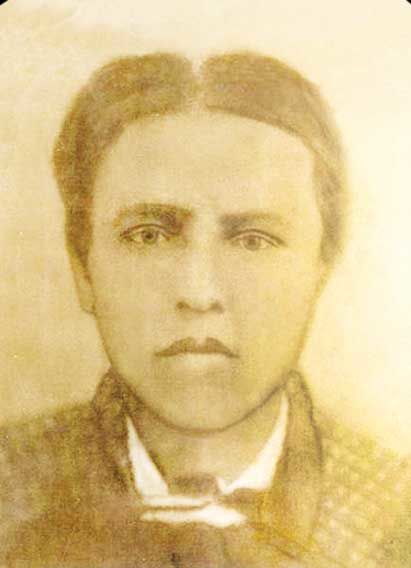 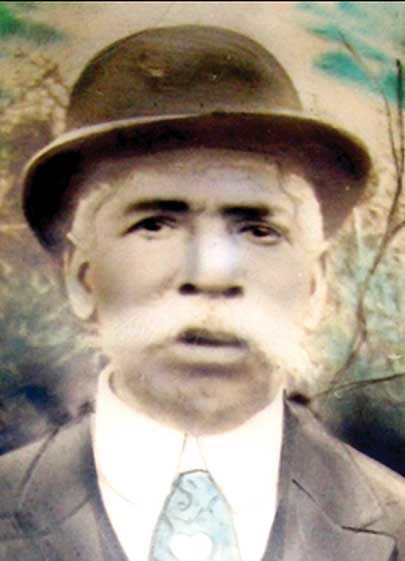 TUSCUMBIA – Rev. Frederick W. Watkins was a Cherokee Indian born in Tennessee in 1811. He avoided Trail of Tears capture and removal during the late 1830s by hiding out.

His descendants refer to him as “Cherokee Fred” to distinguish him from two other generations of Rev. Fred W. Watkins.

As the direction of ‘West’ in some traditional belief systems represents death, there came a time when Cherokee had to make a choice. He could be banished to the western lands or to fall into the slave system. The latter was chosen and established the genealogy, history, and the trail of an unmarked grave that Tom McKnight set out to find when his mother died in 2004.

His mother’s curiosity of what happened to the family, whose roots were in northwest Alabama, led McKnight to research the family tree.

Little was it known about, or shared by, the elders in the family.

McKnight was born in New York and is the great-grandson of Sophia Napier Watkins and Rev. Fred Lafayette W. Watkins, the son of Cherokee Fred. McKnight worked for the United Nations for most of his life serving in 20 countries. He returned stateside in 2005 to launch the genealogy journey in his mother’s memory to find family he never knew existed.

He drove over 14,000 miles in three months, armed only with a couple of family stories, one physical address, and cutting edge 2005 technology, a Magellan GPS unit.

Now a 15-year resident of NW Alabama, McKnight maintains that his genealogy journey and mission has been guided by divine intervention.

He found an elder in Arizona during the long distance drive, and discovered that his great-grandmother was Sophia Napier Watkins, the Helen Keller family’s cook when Helen was a child and the wife of his his great-grandfather, the 2nd generation Rev. Fred Lafayette W. Watkins. The 3rd generation Rev. Fred W. Watkins was a great uncle who moved to Louisiana and died at the age of 105.

He also learned through Ms. Chris Ozbirn, head of the Franklin County Archives in Russellville, that his great-grandfather was a very important man, according to her review of an American Star article.

The Star as it was commonly known throughout the black community, was the official newspaper of the Muscle Shoals Black Missionary Baptist Association edited by Professor George Washington Trenholm during the 1900s and printed in Tuscumbia. The organization’s formation was assisted by Rev. Dr. Josephus Shackelford, a white Baptist minister, who was instrumental in ordaining a number of African American preachers after Emancipation.

According to the article, McKnight’s great-grandfather’s funeral was presided over by at least a half dozen preachers on 26 February 1911 at First Baptist Missionary Baptist Church in Tuscumbia. Oakwood Cemetery became his final resting place. More than 2,000 people paid their final respects to the popular and well-respected quarter-town preacher in what was one of the largest funerals witnessed in northwest Alabama.

He was laid to rest in Tuscumbia’s Oakwood Cemetery, but where?

This launched McKnight’s cold case mystery search for his unmarked grave with the goal to honor his Great-grandfather’s resting place with a headstone.

“Reverend Fred” lived in Tuscumbia and was assigned to Bethel Lauderdale MB Church in Smithsonia in 1901. Every weekend he took the ferry in Cherokee to his Bend in the River church in Florence where he served as pastor for 10 years.

His last sermon took place on 24 February 1911 and at its conclusion he stated that he wasn’t feeling very well. He never returned.

Ozbirn had discovered Sophia Napier Watkins’ burial spot in 2003, and shared the details of her location with McKnight while he was stateside on bereavement leave for his mother. Sophia died 14 August 1917 six years after her preacher husband.

Ozbirn’s extensive research revealed a male buried in an empty spot to the right of Sophia Napier Watkins’ headstone bearing Mosaic Templars of America (MTA) symbolic markings, an African American Fraternal organization. However, it took a number of years of research to firmly identify the unmarked grave.

A headstone unveiling ceremony for Rev. Fred Lafayette W. Watkins took place Friday, May 22 at Tuscumbia’s Oakwood Cemetery. A diverse community of supporters, “Family and Family,” as McKnight refers to those that were instrumental to this ultimate mission success witnessed the unveiling event from their cars; and for those that stood, maintained safe social distancing.

The headstone unveiling was carried out by great-great-grand daughter, Christina Sophia Cobbs of Pensacola, Florida.

Finally, 109 years after his death, Rev. Fred and Sophia now officially share the same burial ground – side by side – together again.

The graveside purification ceremony–in accordance with Native American tradition–highlighted the ceremony and concluded with a recording of Douglas Spotted Eagle’s Sunrise Song – “Pray.”