Kerby joined Bank Independent in 1974 as a part-time teller and was promoted to full-time teller within her first year with the bank.  She was promoted to the position of Customer Service Representative in 1981 and then again to Sales Manager in 2004.  Kerby transitioned back to the role of a part-time Personal Banker in 2009 where she remained in that role until her retirement last month.

“I actually earned my first banking experience right out of high school in 1960 working temporarily for the then-named Bank of Leighton,” said Kerby.  “Mr. Mauldin and the whole Mauldin family created a wonderful, stable place to work for me and for so many others in the community.  To know them is to know the bank.”

Kerby married and began a family before returning to the bank in 1974.  When describing her career in banking, she says that it was often a challenge but presented constant learning opportunities.  She often pushed herself, studied and took classes to help advance her career.

“I felt like I always had the tools to help people,” continued Kerby.  “It

was a real sense of satisfaction watching my team and my customers succeed.  When you work for a company and a community for 46 years, you develop a bond as close as a family.”

Kerby credits the close-knit community of Leighton for her long career with the bank.  “I have built so many lasting friendships through my work at the bank.  I have enjoyed our focus as a community bank working with the support of the mayor and local officials, our strong local merchants and the education system.  Leighton is an amazing community to serve”

“If you spend any time in the town of Leighton, you most likely know Helen Kerby,” said Macke Mauldin, President of Bank Independent.  “She has served this community faithfully as a native daughter and as a business leader on behalf of the bank.  She will be greatly missed, but we wish her many happy, productive years in her retirement.”

Born locally and a resident of Leighton, Kerby has spent her entire career at Bank Independent serving her hometown community.  She attended Leighton Elementary and graduated from Colbert County High School.  Kerby is an active member of the New Sockwell Baptist Church where she and her late husband, Hershel Kerby, attended with their children Jason Kerby and Stacy Lynn Carpenter.  She is the proud grandmother of four: Halie, Ryan, Isaiah, and Dalton.

“Your home family and your church family are things to be proud of, but you also need to be proud of where you work and what you do,” Kerby reflected.  “It has been an honor to be a member of Bank Independent and represent this incredible organization.” 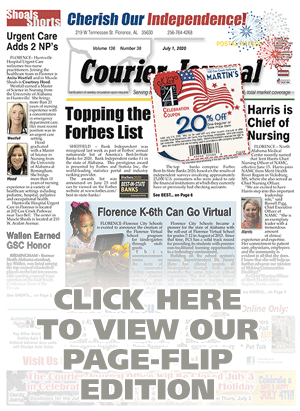