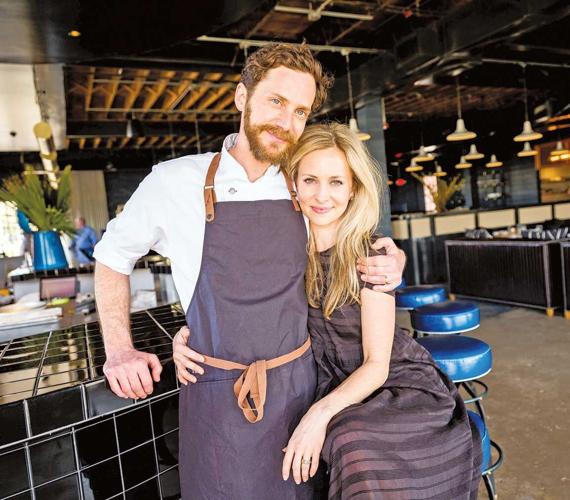 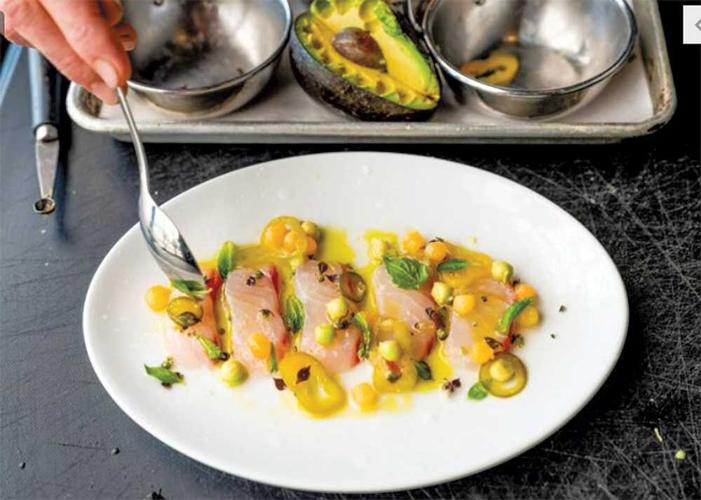 A creation by chef Adam Evans at his restaurant in Birmingham, Automatic Seafood and Oysters.

A creation by chef Adam Evans at his restaurant in Birmingham, Automatic Seafood and Oysters.

The honor came June 13 in Chicago, Illinois, at this year’s James Beard Awards, which are often referred to as the “Oscars of the Food World.”

Evans, 42, is the owner/executive chef of Automatic Seafood and Oysters in Birmingham, which he and his wife, Suzanne, opened in 2019.

“She and I met in Atlanta, but we were both from Alabama.  We discovered pretty quickly we had the same idea in mind, to get back there,” he said.

On the fast track to success, the restaurant in 2020 was a finalist for the James Beard Best New Restaurant in America.

A Muscle Shoals High School and Auburn University graduate, Evans honed his culinary skills in New Orleans, where he worked at some of the top restaurants, as well as in New York and Atlanta.

It was in his later college years at Auburn University that Evans’ culinary interest took root. Working part-time at the Grand Hotel in Point Clear, the chef there, Seth Hargett, took Evans under his wing. Hargett even gave Evans his first knife. Evans later gifted that knife to his mother.

“She still has it in her knife drawer and probably still uses it some,” he said.

Hargett also gave Evans the book “Larousse Gastronomique” that enlightened him on French cuisine. It was so inspiring that Evans came to regard it as a sort of culinary bible.

“I spent my summer reading through that book and was so inspired that there was no way I wasn’t going to pursue this career,” Evans said.

The only chef in his family, Evans said that’s just how he likes it, adding jokingly that it makes his line of work more interesting to his loved ones.

Evans learned about the James Beard Award 20 years ago, soon after arriving in New Orleans.

He committed himself to working hard so that “Maybe I’d get my name on that list at some point,” he said upon accepting the award.

“It is unreal for me to be standing here,” he added.

For this year’s awards, Evans was among five finalists in his category, including a chef in Homewood and three chefs in New Orleans.

Evans noted years ago he read about a chef from Cullman winning the James Beard award and recalls identifying with that chef on many levels.

“He also opened a restaurant in Birmingham and I wanted to take that same path,” Evans said.

“Alabama is home for me and it’s always been about learning what I could, and getting experiences outside of what I grew up with. Through travel and exposure to so many different experiences,  it made me really excited to come back to Alabama one day. Birmingham is my home now, and I couldn’t be happier.”

He credits Suzanne, an interior designer by profession, for creating a top-notch space for Automatic Seafood and Oysters that captures attention, yet is inviting and comfortable for guests.

“We were sitting there one day and Suzanne came up with Automatic,” Evans said. “We were like, ‘well yes,’ it’s been right there in front of us this whole time.”

Now, just four years after his dream kicked into reality, the name Automatic Seafood and Oysters is on the radar of not only its loyal customers, but the culinary world at large.

Being nominated for Best New Restaurant in America was an unexpected honor. Winning in his category this year was yet another dream come true, but one that makes him even hungrier to continue honing his skills.

He’s also quick to credit his 30 to 40 person team at Automatic, “who get it done day in and day out.”

“It certainly isn’t just about me, but this whole group of people that made this award happen,” he said.

“(Since winning the award) we’ve seen a lot of new faces. There’s a heightened expectation now, and we want to exceed that. We don’t relax around here because it never slows down and I’m grateful.” 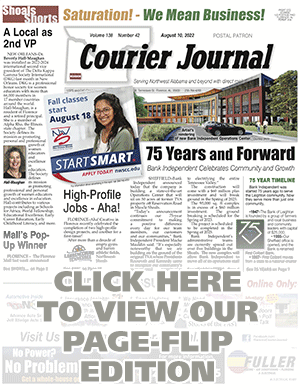