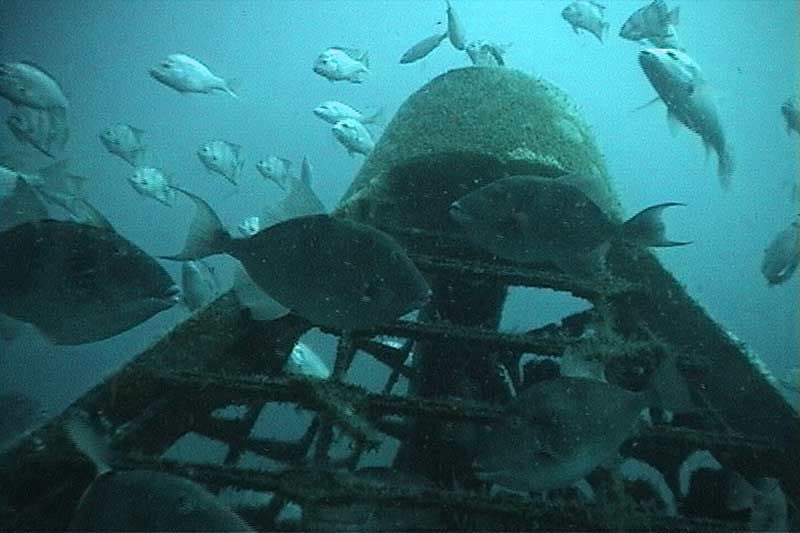 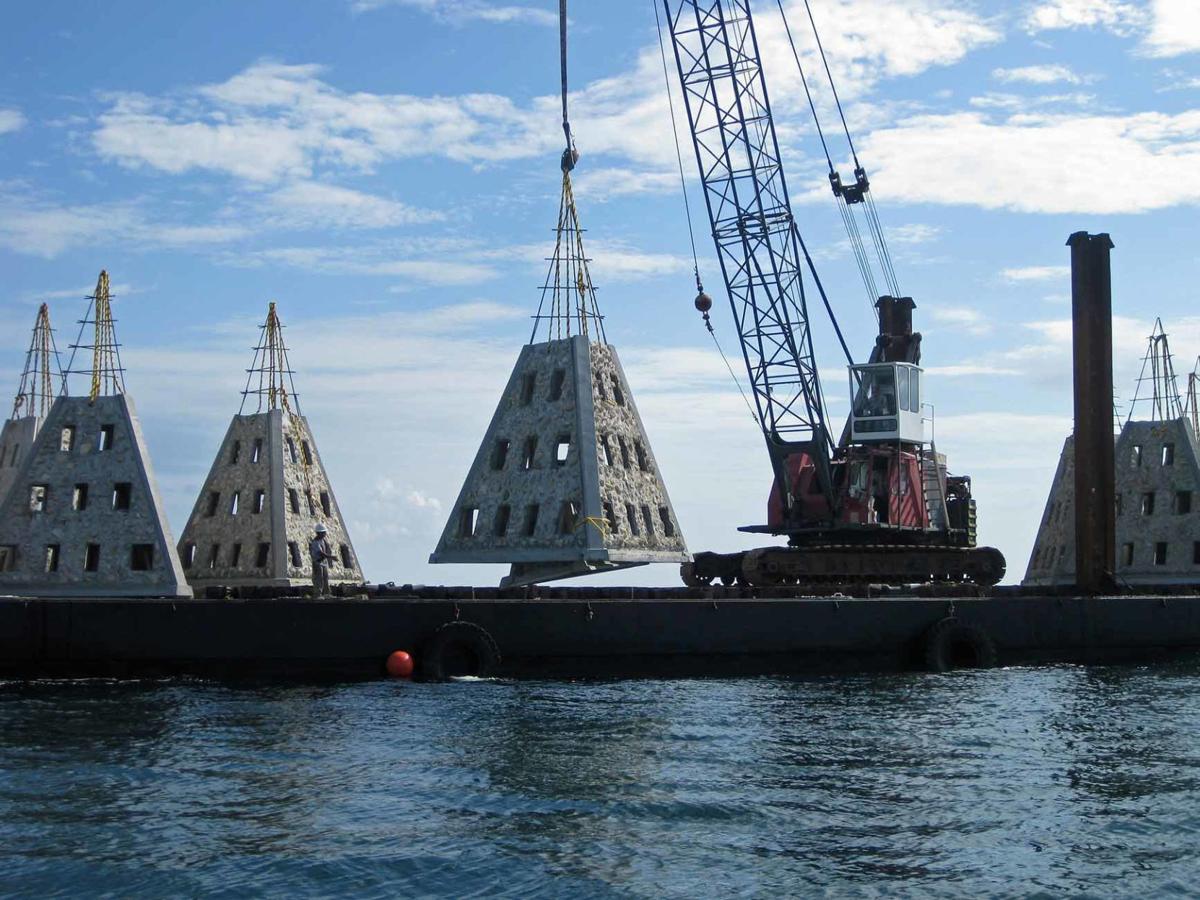 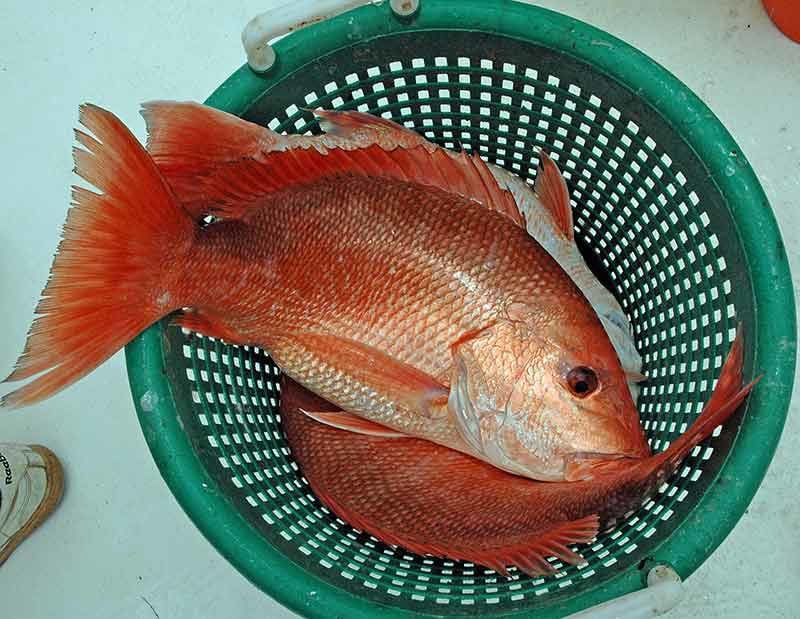 Those who wonder why anglers off Alabama catch more than 30 percent of the red snapper in the Gulf of Mexico despite having only 53 miles of coastline should have attended the Red Snapper Conference in Mobile last week.

The key to Alabama’s phenomenal red snapper fishing is the more than 1,000 square miles just off the coast that are designated artificial reef zones.

Alabama Department of Conservation and Natural Resources Commissioner Chris Blankenship, formerly the Marine Resources Director, said Alabama has the largest artificial reef system in the country and has created noticeable improvements in the fishery.

A massive reef-building program occurred after that, and anglers continue to enjoy the results of the widespread habitat enhancements.

“We build reefs with money from CIAP (Coastal Impact Assistance Program), Sport Fish Restoration and other sources,” Blankenship said. “Over the last few years, we’ve gotten money from the National Fish and Wildlife Foundation from the Deepwater Horizon criminal fines, and we’ve built several hundred reefs with that money. We’ve created seven new reef zones within our 9-mile state waters boundary. We’ve built more than 30 inshore reefs. So, reef-building has been, and continues to be, extremely important to our state. Because of that, we have such a great red snapper fishery.”

Blankenship pointed out the extensive research being done in the Alabama reef zones by the University of South Alabama (USA), Dauphin Island Sea Lab and Auburn University.

“Dr. (Bob) Shipp is here today,” Blankenship said of the professor emeritus at USA’s Marine Sciences Department. “He was doing red snapper science before reef-fish research was in vogue. We’re blessed to have such great academics in the state to do this work.

“We’ve spent a lot of money and emphasis on red snapper research. We want not only to show we have the largest artificial reef system in the country. We also want to show how those reefs produce such a great fishery here in our state. Like I said, I remember what it was like to go out and catch small fish, a few fish. Now you can’t wet a hook without catching red snapper, big red snapper. The average weight of snapper in the charter fleet now is about 10 pounds. Having a robust reef fishery is extremely important to the economy of the state.”

Newton said the artificial reef story off Alabama started in 1953 when 200 car bodies were cabled together and deployed in two segments by the Orange Beach and Dauphin Island fishing communities. In 1961, the U.S. Army Corps of Engineers designated the “Snapper Banks” as the first artificial reef zones off Alabama.

The first deployment by the Conservation Department occurred when five 415-foot Liberty ships, known as the Ghost Fleet in the Mobile-Tensaw Delta, were hauled offshore and sunk in 1974.

The Marine Resources Division (MRD) strategy then changed to creating artificial reef zones instead of individual reef sites. The Corps permitted the first reef zone of 364 square miles in 1978. This is the first area where individuals could deploy MRD-approved reef material.

“What’s unique about this is these privately deployed reefs remain unpublished,” Newton said.

The Hugh Swingle reef zone of 86 square miles followed before another expansion occurred in 1989 with another 245-square-mile reef zone. In a program called Reef-Ex, 100 M60 decommissioned battle tanks were thoroughly cleaned and deployed in the Gulf for reefs in 1993. The Corps granted another expansion in 1997 with a permit for 336 square miles for reef zones. MRD teamed with the Orange Beach Fishing Association on the Red Snapper World Championship from 2004 through 2007 to deploy about 1,000 artificial reefs.

Since then, the focus has moved to nearshore with a 1.6-square-mile zone permitted just inside the 3-mile state boundary.

The latest artificial reef zones were permitted last year. A total of 30 square miles inside the 9-mile boundary for reef fish management was approved after an arduous permitting process.

Newton said acquiring a permit for reef zones from the U.S. Army Corps of Engineers has grown increasingly more complex through the years.

“Historically, it was relatively easy to get a permit,” he said. “You outlined the size and goals of the reefs. Several months later you got a permit. Quite a few things have changed since then.”

Because these are federally authorized permits, they also fall under the National Historical Preservation Act, which is the costliest factor in the permitting process.

“We’re required to have a marine archeologist in all aspects of performing a Phase 1 archeological survey,” Newton said. “We have to use multiple remote sensing techniques. We have to use side-scan sonar, a magnetometer and a sub-bottom profiler to identify not only archeological resources exposed on the sea bed, but those below the sea bed as well.

“We also have to prove the project doesn’t harm threatened or endangered species or compromise the critical habitat. The entire permitting process now takes from 20 to 42 months.”

The material allowed for reef deployment has changed significantly over the years as well. White appliances, like washing machines and refrigerators, are no longer used because they do not provide long-term stable structures. Vehicles and anything fiberglass are also banned. Now, material made of concrete, steel and natural rock are allowed. Chicken transport devices are used as well as concrete pyramids and other structures constructed specifically to provide the best habitat for reef fish.

The Rigs to Reefs program takes advantage of the federal “Idle Iron” regulations, which require oil and gas structures to be removed within five years of the last date of production. The reef program takes obsolete petroleum platforms and uses the structures for reefs.

“We have a diverse assemblage of reef types in our reef zones,” Newton said. “We have 1,282 reefs deployed by the state that are published in our reef program. What makes our reef zones unique is we have the permitted authorization to authorize the public to build their own reefs and the locations remain unpublished.

“We estimate there are more than 10,000 reefs off the shore of Alabama. About 12 percent of those structures are public reefs.”

“What’s really important, you look at relative contribution of these artificial structures in deeper water,” he said. “We have very little natural bottom, natural rock, offshore of Alabama. The natural reefs we do have occur in these deeper waters. This aligns with our goals of avoiding natural reefs when we are deploying artificial reefs.”

Newton said a downward trend in reef deployment by the public coincides with the reduction in the public’s access to the fishery with the shorter and shorter seasons.

When Marine Resources developed a model to look at the future of the reef system off Alabama, it provided a stark reality.

“What we see is the existing reefs are not going to last forever,” Newton said. “The usable life is about 10 years for regular structures, about 30 for the concrete pyramids. The model shows a steady decline of available habitat into the future. That is why it is imperative that we continue to build reefs on an ongoing basis.”

However, significant progress has been made recently in ending the extremely short federal red snapper seasons. If NOAA Fisheries approves an Exempted Fishing Permit (EFP) for the 2018 season, Alabama will receive just under one million pounds of red snapper allocation for a potential 47-day snapper season, which could be the catalyst to reverse the downward trend in private reef deployment. Marine Resources will host meetings in late April and early May to answer questions from the public if the EFP is approved.

Now that everyone has his/her 1099 or W-2, we'll ask: Was your personal family income for 2020 impacted significantly by the Covid-19 pandemic?

Covid-19 has impacted almost every aspect of our lives and those of our family and friends over the past 9-10 months. 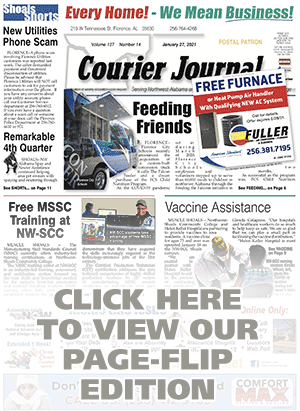