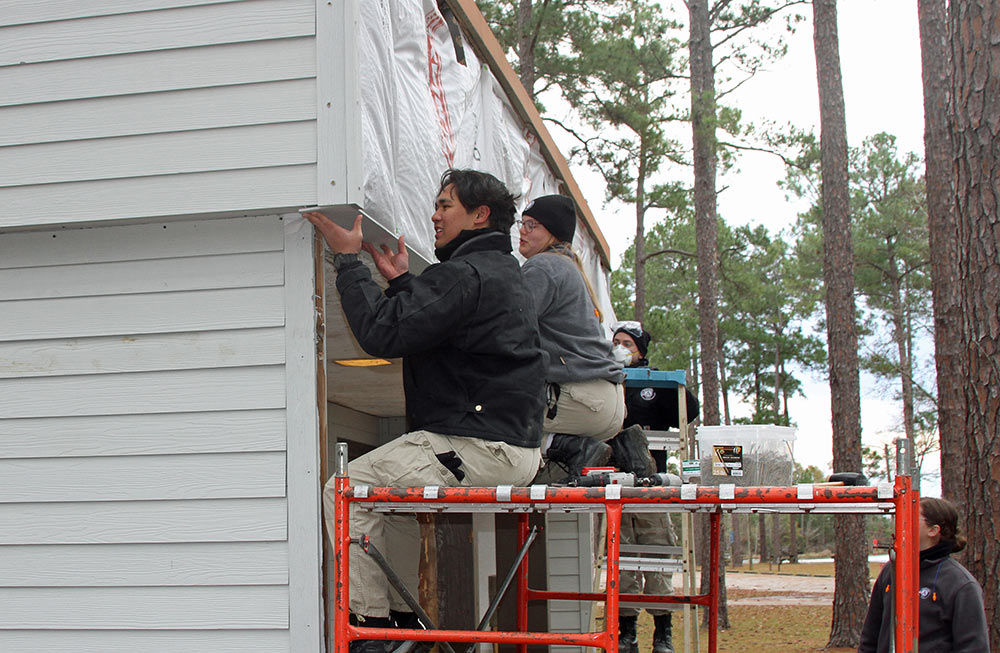 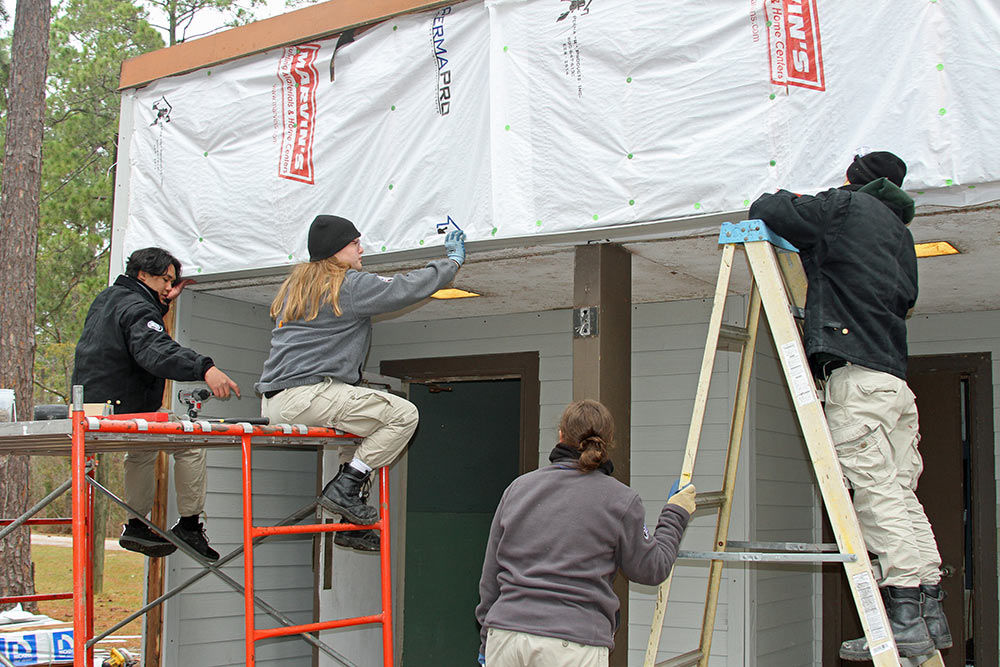 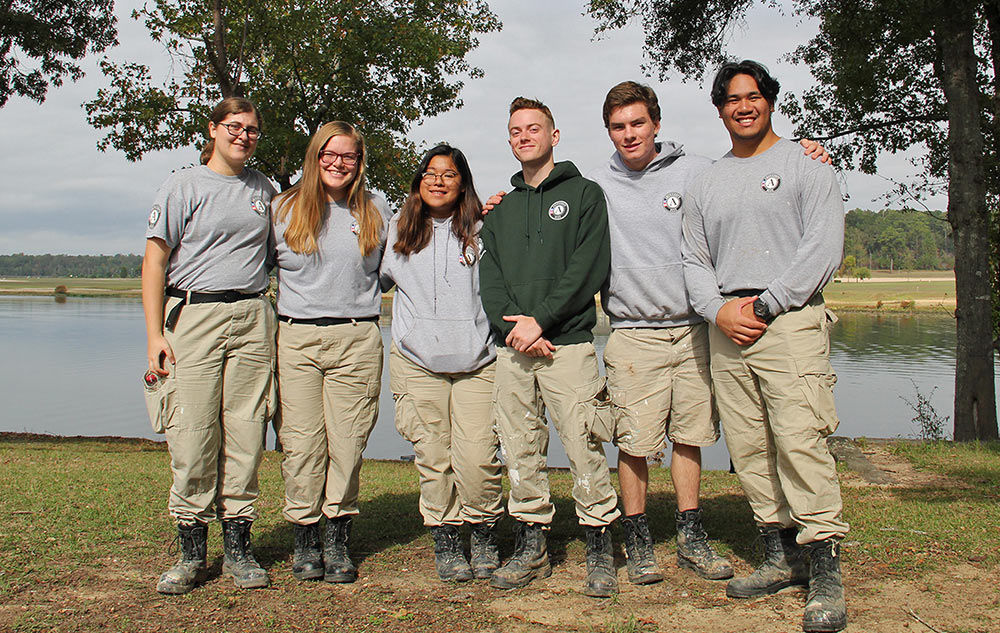 During this season of giving, one group of young adults donated their time, energy and work ethic to the Alabama State Parks System to help with improvements at Lakepoint State Park north of Eufaula.

As part of the AmeriCorps NCCC (National Civilian Community Corps) program, a team of young adults ages 18-25 made improvements to the bathroom facilities at the campground at Lakepoint.

According to the AmeriCorps website, the program works with numerous people and groups in the following ways:

AmeriCorps members help communities recover from the damage caused by natural and other disasters.

AmeriCorps members facilitate mentorship programs to connect students with community members who can help with academic performance and college preparation.

AmeriCorps members assist veterans and military families in filing for benefits claims so that they get access to the resources they need.

Tasha Simon, Natural Resource Planner with the Alabama State Parks Division, said AmeriCorps NCCC, which focuses on young adults to promote team-building, made a visit to Alabama to explain the role of the program’s service units. Simon quickly realized how State Parks could benefit from having one of the teams donate their time and effort to make one of the parks better.

After going through the tedious application and screening processes, Simon got word that Alabama had been selected from among 50 applicants for an AmeriCorps NCCC team.

“Our project entailed restoring the exterior of the bathhouses in the picnic area of the park. Exterior siding was removed and replaced with more-durable concrete board,” Simon said.

“The Lakepoint staff was excited about the scope of work completed and the quality of the work performed by the team. We all hope to have more opportunities to work with AmeriCorps NCCC on future projects in the State Parks System.”

Simon said State Parks’ experience with AmeriCorps NCCC shows this is a team full of young, service-oriented people. It allows them to do service work all over the United States and in other areas. This particular team has just come from Puerto Rico where they helped that country rebuild from the destruction of Hurricane Florence.

“This allows young adults to learn new skills so they can take those skills into their life and kind of figure out where they’re going with those skills,” Simon said. “Our staff at Lakepoint mentored them on how to use small power tools. They had never used those before. We gave them some training, and they will be able to take those skills to their next project.”

Simon was especially impressed with Eric Cullen, the team leader from Bayou One, which is based in Vicksburg, Mississippi.

“Eric has got his stuff together,” she said. “Eric has great potential in his career path.”

Cullen, who is from Albany, N.Y., said he was pleased to dispel the stereotypes of the South during his AmeriCorps NCCC work, and he especially enjoyed the mild weather. The AmeriCorps program also gave him the opportunity to expand his experience outside of his field of study.

“I was two years out of college,” Cullen said. “I had finished my bachelor’s degree. I had worked in the private sector. I was thinking about grad school. I had some friends who had done AmeriCorps. To be honest, I wanted to stay out of the office as long as I could, dodge the cubicle for another year. I thought about working with my hands for a good cause. I’m learning good construction skills. It’s not completely altruistic and selfless. It’s definitely skills I can use at my home.”

The team members who were able to finish out the project with Cullen in December were Eric Bataluna from Idaho, Julia Raup-Collado and Amy Skotek, both from Pennsylvania.

“Everyone I’ve worked with just likes helping other people,” Cullen said. “In our last project we were doing construction with people who haven’t had a functioning roof in two years.

“In the case of Lakepoint, it’s nice to get a project where we can get it done. It’s such a beautiful place. Some mornings when we get here, the fog is lifting off the water. We couldn’t ask for a more scenic location to be working.”

Simon said she hopes this isn’t the last State Parks will see of the AmeriCorps NCCC teams.

“We have submitted applications for AmeriCorps NCCC’s fourth round,” she said. “If we are awarded a second team, it would be the end of February through May. They will probably continue with general projects that we have at Lakepoint. That could renovate the docks or the decks on the cabins and cottages.”

In addition to learning the benefits of working together as a team, the AmeriCorps NCCC members receive other benefits such as student loan deferment, skills and training, a living allowance, limited health benefit options, an education award upon completion of service to help pay for college, graduate school, or vocational training, or to repay student loans, and career opportunities with leading employers from the private, public and nonprofit sectors.

“It is an honor for our city to host you during the service project here at Lakepoint,” Tibbs said. “Lake Eufaula and Lakepoint State Park are so important to our way of life here in southeast Alabama, and to have an AmeriCorps team here is just amazing. This was a perfect opportunity for the team members to meet young people in our community and show what is possible through volunteerism and public service.”