FLORENCE – Four University of North Alabama students have been offered Fulbright grants for the upcoming 2020-2021 year. The Fulbright Program is the United States government’s flagship international education exchange program and is designed to build lasting connections between people of the United States and the people of other countries. The Fulbright Program is funded through an annual appropriation made by the U.S. Congress to the U.S. Department of State. Participating governments and host institutions, corporations, and foundations around the world also provide direct and indirect support to the Program, which operates in more than 160 countries worldwide.

More than 2,100 Americans will study, conduct research, and teach abroad for the upcoming academic year through the Fulbright U.S. Student Program.

Margaret Carpenter, of Athens, an English major with a minor in Applied Linguistics, has been offered an English Teaching Assistantship to Brazil.

Elisa Coker, of Birmingham, has been offered an English Teaching Assistantship to Indonesia.

Candice Fawcett, of Arab, who graduated from UNA with a Masters in literature from the English department, has been offered an English Teaching Assistantship to Greece.

Brandon Sanders, of Trinity, a graduate of the College of Businesses’ Computer and Information Systems program, was offered an English Teaching Assistantship to South Korea.

In addition, sophomore Rebecca Harris from Cullman is UNA’s first student to be selected to participate in a Summer Institute Program funded

by the United Kingdom’s Fulbright Commission. Considered one of the most selective summer scholarship opportunities in the world, students apply to conduct research at prestigious universities throughout the UK.

Harris has been chosen to attend an institute at Aberystwyth University in Wales, which focuses on farming and agricultural issues.

Do you have and wear themed / fashion face masks in public? 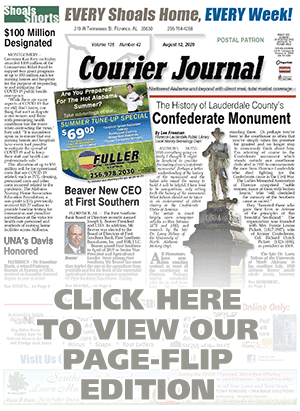