WASHINGTON, DC – U.S. Senator Richard Shelby (R-Ala.) today announced that the U.S. Department of Transportation (DOT) has awarded a grant totaling $14,880,000 in funding for highway infrastructure improvements in Lauderdale County, Alabama. The grant is made available as part of the DOT Better Utilizing Investment to Leverage Development (BUILD) Grant Program, which focuses on economic development and infrastructure upgrades.

“The decision by the DOT to award Lauderdale County with $14.9 million in funding is a testament to the economic development taking place in the Florence area,” said Senator Shelby.

This $14.9 million BUILD grant will expand a stretch of U.S. Highway 72 also known as Florence Boulevard. The four-lane divided highway will be expanded to a six-lane divided highway with concrete curb and gutters. These improvements will alleviate traffic congestion and provide easier commutes for those traveling to and from the area.

“On behalf of the Lauderdale County Commission, I would like to thank Senator Shelby and his staff for the hard work and support on this project,” said Lauderdale County Commissioner Roger Garner. “With the addition of the event center to our area, this will be a vital part of the transportation infrastructure. I would also like to thank our local State Senator, Tim Melson, and Representatives, Lynn Greer and Phillip Pettus, for all their hard work on this project. Commissioner Joe Hackworth, added, “I think this will have a positive impact on our area for years to come.”

The launch of the Falcon 9 rocket to the International Space Station has been rescheduled for Saturday, May 30 at 2:22pm CDT. Will you watch the launch live?

NASA and SpaceX are ready to launch two NASA astronauts to the International Space Station this weekend. NASA astronauts Bob Behnken and Doug Hurley, will become the first astronauts to launch to orbit from U.S. soil in nearly a decade. Lift off from the center's historic Launch Complex 39A at the Kennedy Space Center has been rescheduled for Saturday, weather permitting. 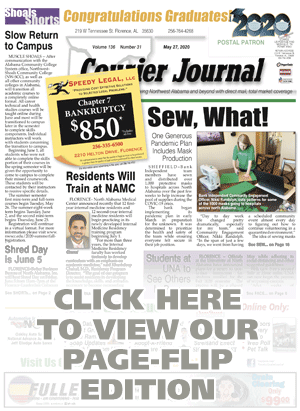