Ridge begged Brooke not to let her animosity toward his son destroy their relationship. Liam worried that Hope was ignoring red flags when it came to Thomas's offer. Meanwhile, Zoe asked Thomas what his true feelings were for Hope. Eric learned of Ridge and Brooke's impending divorce. Ridge turned to Shauna after a bad day. Thomas tried to get his dad on board with his new plan. Steffy showed compassion for Ridge's heartbreak. Steffy worried that Thomas was doing the runway show for the wrong reasons. Hope was determined to find a designer other than Thomas to work on her campaign. Thomas had a fantasy about life 10 years in the future. Wait to See: Liam and Steffy bring Zoe on board to get the dirt on Thomas.

Lani begged JJ to spare Kristen. Gabi tried to throw Chad out of the house. Kate's secret was revealed. Abigail questioned Hope about the night her mother was pushed off the balcony. Justin moved in with Kayla. Eric and Sarah received some upsetting news about Mickey. Ben informed Ciara that his legal situation just got worse. Hope was tempted to eliminate Abigail. Kate blasted Sonny when she learned he kissed Evan. Nicole tried to comfort Eric after hearing the news about Mickey. Sarah made a big decision to help her daughter. Will and Justin faced off. Chad helped Abigail investigate her mother's case. Wait to See: Jack and Jennifer share a romantic reunion after she comes home from the hospital.

Elizabeth attempted to express her gratitude. Trina helped out at the gallery. Nina considered taking on a new business partner. Valentin started to suspect that things were not as they seemed. Jax lost patience with his houseguest. Liz had some tough questions. Anna seemed unsettled. Laura sabotaged Peter. Nina tried to defend Valentin. Jax was very terse. Carly felt alarmed. Nelle made an important call. Willow was shocked. Julian felt very remorseful. Chase made an important discovery. Michael accepted the help he needed. Dev and Joss began to bond. Wait to See: Ava piques Carly's curiosity.

Theo broke up with Summer after she wouldn't move in with him. Mariah got nervous when she found out that Summer was single again, but Summer assured her that she didn't have her sights set on Kyle. Amanda and Devon exchanged some harsh words after he caught her tracking someone's GPS on her laptop. Nick got defensive when Victor blamed Chelsea for ending his political career. Over dinner at Society, Billy loved Victoria's idea of a holiday getaway with the family, but Victoria feared that he was masking his true worries. Chelsea wanted to move back in with Nick but could see that Connor improved when she was present for him at Adam's. Amanda turned down Phyllis' request to represent her in a lawsuit. Wait to See: Paul and Christine's night with the Baldwins takes an unexpected turn. 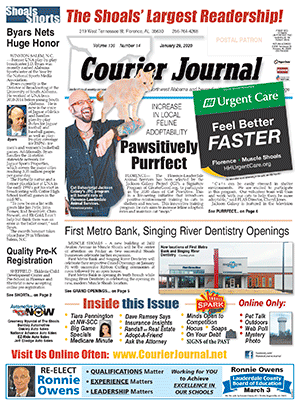